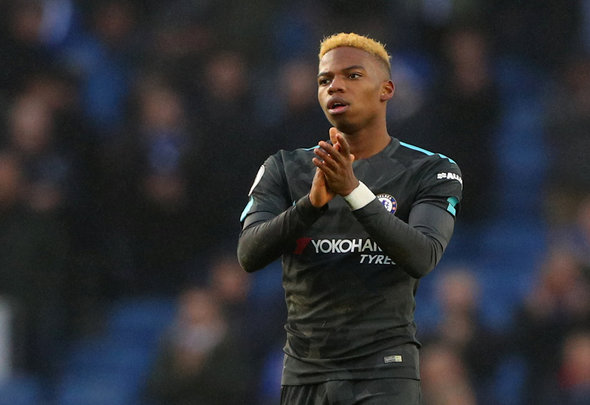 COMMENT
After signing for Celtic on loan in January, Charly Musonda may have started the Bhoys’ most recent matches, but a start in the Europa League clash against Zenit may not be the best idea.
The 21-year-old attacker has struggled to make an impact in the games he has started against Kilmarnock and Partick Thistle, indeed he was substituted in the 65th minute of the Scottish Cup tie against the Jags.
He undoubtedly has qualities and could well become a star in his 18 month loan deal, but Brendan Rodgers should stick with the tried and tested – when he can – for this match, which means axing Musonda on the bench and replacing him with Tom Rogic, or if he isn’t fit Callum McGregor.
Rogic is set to play in an under-23 game against Motherwell, and if he comes through that the Hoops manager should give serious thought to starting the Australian against Zenit.
If he can’t make it, then Scotland international McGregor could do the job, he has a good record for the Hoops in Europe including scoring against Bayern Munich in the Champions League group stages earlier this season.
Musonda may well have a role to play running at the Russian side form off the bench as they tire late on, so if he is dropped he shouldn’t be too down-heartened.
In other Celtic news, can this long-term injury victim be the surprise package for Celtic in their clash against Zenit?
Don’t miss out on breaking and exclusive Celtic news by clicking here for our brilliant 24/7 updates on Facebook, Instagram and YouTube.