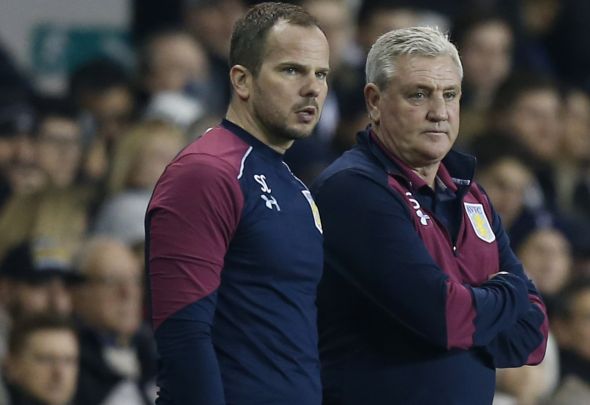 Stephen Clemence has revealed his delight at Aston Villa’s defence on Twitter after their 2-0 win over Sheffield Wednesday on Saturday.

A brace from Jonathan Kodjia saw Steve Bruce’s side win their fourth game in five outings, as they continue their resurgent Championship form after a winless run of 10 matches.

First-team coach Clemence stated his desire to “keep this going” on his personal Twitter account, as well as applauding Villa’s defence after a fourth clean sheet in five games.

Ivory Coast international Kodjia broke the deadlock after a nervy start to the game that saw Carlos Carvalhal’s side have a goal ruled out for offside.

The striker climbed highest to head home a delicious Conor Hourihane cross after a short corner was well worked between Hourihane and right-back James Bree.

Kodjia took full advantage. Latching on to an incisive through ball from Albert Adomah, Kodjia rounded goalkeeper Keiren Westwood to roll the ball home into an empty net.

The win sees Villa climb to 12th position after flirting dangerously with relegation, but they remain a huge 14 points off the play-off places.

In other Aston Villa news, Hourihane has also delivered this verdict on Twitter.