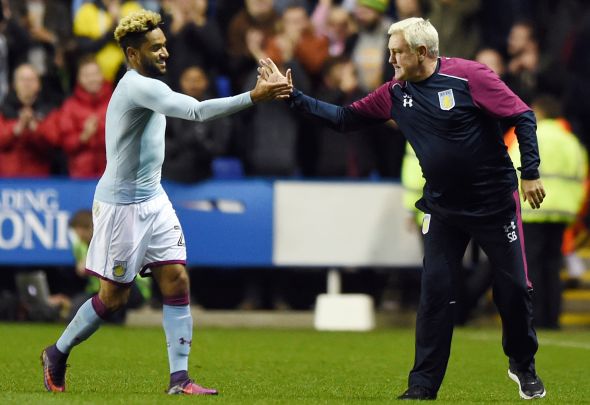 Steve Bruce believes Aston Villa have the “physicality” to match “the bottom half” of the Premier League.

Promotion expert Bruce is unbeaten in his first six games in charge of the Championship club, with Villa showing tremendous progress under his stewardship following his appointment in October.

They have won three games and drawn the same amount since he replaced Roberto Di Matteo in the Villa Park dugout.

The Midlands side sit in 16th place in the second tier on 22 points from 17 games after their humiliating relegation from the Premier League last term.

Former centre-back Bruce explained why he feels the gap in quality between the Championship and the bottom end of the top tier is now tightening.

“The physicality used to be the difference between the Championship and the Premier League,” said Bruce, as quoted by the Birmingham Mail. “You used to look at the Premier League and think “wow” – they were bigger, fitter, stronger and faster. They aren’t anymore.

“At the elite end, the top end, the big teams, there is a difference because they are really great players.

“For me the bottom half of the Premier League, the physicality is the same as the Championship.”

Villa have been hard to break down since Bruce took charge with the former Hull City boss bringing the best out of his physical players such as Gary Gardner and Mile Jedinak.

Bruce’s side are now five points adrift of the final play-off spot, which is currently being held by Norwich, who have lost their last four Championship games.

The Midlands giants host Neil Warnock’s Cardiff on Saturday afternoon in what will be a scrappy affair as Villa try to maintain their unbeaten home record this season.

In other Aston Villa team news, supporters expressed their happiness on Twitter as the club made a senior appointment.