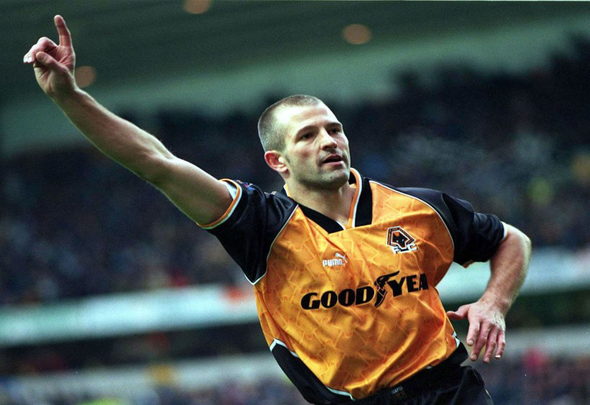 Wolves legend Steve Bull has delivered a warning to his old side ahead of Friday’s trip to Middlesbrough in the Championship, stating that they must not underestimate the Teesside club.

The Molineux outfit are closing in on promotion to the Premier League and despite a mixed run of results over the past few weeks, victories against Burton Albion and Reading have steadied the ship.

A 4-1 defeat against Aston Villa earlier in March led to concerns that Nuno Espirito Santo’s side were stuttering and might be caught by their West Midland rivals, but that now looks unlikely.

Wolves now need to win a maximum of just four of their remaining eight league fixtures to ensure they make it back to the Premier League.

Speaking in the Express and Star, Bully said: “It’s a massive game.

“We need to stamp our authority on them and put a bit more pressure on our rivals who slipped up before the break.

“Middlesbrough are a strong, in-form side and we can’t take it lightly.

“The worst thing to do would be to underestimate them – they’ve got an old-school manager in Pulis who knows how to grind out results.

“We’ve seen with Neil Warnock and Steve Bruce this season that they can get a result against Wolves, so we need to respect them – but not too much.”

The former Wolves striker has a point. Wolves have struggled against the league’s higher ranked sides and with Boro on a fine run, the Teessiders are in their own pursuit of securing a place in the play offs, leaving Nuno’s men with a battle on their hands. While Wolves are all but mathematically certain of automatic promotion, they are a little way off ensuring the title is theirs, and anything other than a victory at the Riverside Stadium will hand Cardiff hopes of pipping them to the championship. With a tough run-in awaiting them, including Cardiff, Derby, Hull, and Bolton, this is a must-win game if they want to avoid squeaky-bum time come the end of the season.

In other Wolves news, £15m Nuno capture misses out on top spot in Wolves’ best five signings under Fosun.