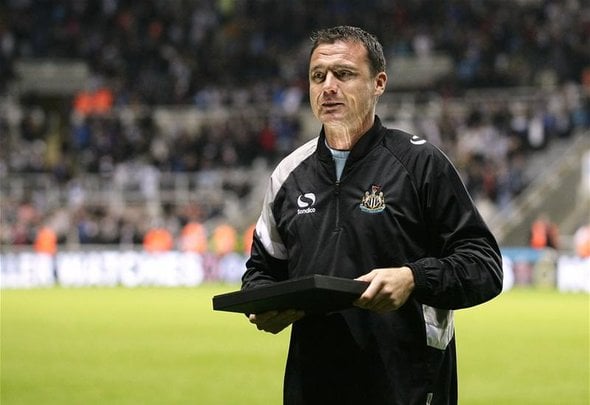 Steve Harper offered Newcastle goalkeeper Rob Elliot his support on Twitter after the 30-year-old was named in the Under-23s team to face Aston Villa on Monday evening.

The experienced shot-stopper has been out of action since March after suffering an anterior cruciate ligament injury while on international duty with the Republic of Ireland.

He was the club’s number one before the injury and it came as a huge blow to the north east side who suffered relegation two months later.

Many are happy to see Elliot’s return to the pitch and Toon stalwart Harper posted that it was great to see him back on his personal Twitter account.

Great to see you making your comeback tonight @the_dilsh. Best of luck mate!

Karl Darlow is the club’s current number one after winning the spot from summer signing Matz Sels.

It is likely that Elliot will now face a battle in order to reclaim the place between the sticks after his long-term injury.

However, he will be keen to return to the side as soon as possible with the north east club performing so valiantly at the top of the Championship pile.

The north east club are sat one point above second placed Brighton and six points ahead of Reading in third.

They will face relegation battlers Wigan and Burton in the next five days with the highly demanding Championship Christmas period approaching.

In other Newcastle news, here are three key Wigan players to face the Toon in midweek.