Noel Whelan insisted Steven Gerrard would have not allowed Andy Halliday to leave Rangers unless he was sure that he was surplus to requirements at Ibrox.

The biggest surprise among the six departures announced last Tuesday was comfortably that of lifelong fan Halliday. 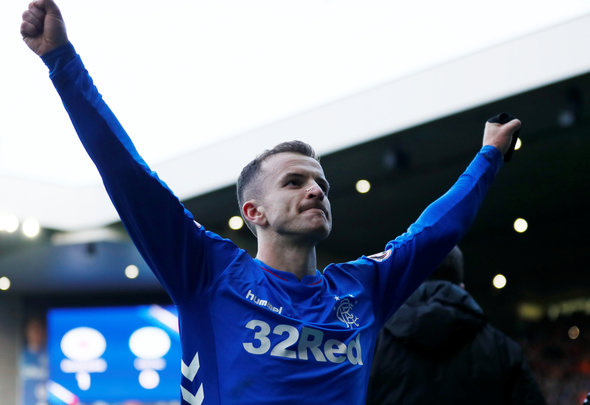 The decision comes after the SPFL announced last week that the Scottish Premiership would follow the lower leagues in being curtailed.

Former Teddy Bear Kris Boyd claimed that the club had made a mistake in letting the versatile Scotsman leave.

When asked by Football Insider if Steven Gerrard would regret letting Halliday leave this summer, Whelan said: “If Gerrard really wanted him he would keep him, it is as simple as that.

“You do not let go of players who you feel could have an impact on the side.

“He feels surplus to requirements, as does Stevie G and a conversation will have been had between them.

“It will work for both parties because Halliday will get another club and it frees up another spot for Rangers to strengthen.

“Stevie wants to take the club in a different direction.”

Sporting director, Ross Wilson told the club’s website: “Andy, Wes and Jon have applied themselves excellently during my time here and I wish them nothing but the best in their next chapter.”

Wes Foderingham and Jon Flanagan will join Halliday in departing Ibrox at the end of May.

In other Rangers news, the latest on Joe Lewis can be REVEALED ahead of a potential summer move.