Stoke City moved to secure goalkeeper Josef Bursik down to a new contract after an approach from Celtic, Football Insider can reveal.

The England Under-20 international was one of two Potters rising stars on the radar of the Scottish giants during the January window along with Tyrese Campbell.

A Stoke source has told Football Insider the club were aware of Celtic and Everton interest in Bursik, and this prompted them into action to tie him to a new deal. 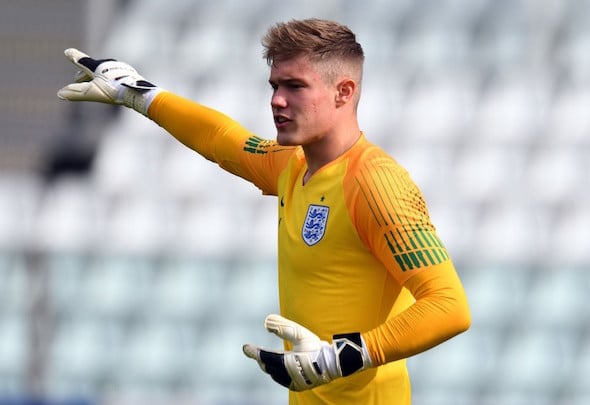 Stoke announced in the middle of last month that the 19-year-old had penned a new three-and-a-half year deal running until 2023.

His previous agreement had been due to expire this summer, which made the Championship club vulnerable to losing him.

Football Insider revealed in December that Celtic were keeping close tabs on Bursik ahead of the January window.

They were also keep on striker Campbell, who put to bed strong speculation about his future by signing fresh Stoke terms towards the end of last month.

Bursik has spent the campaign on loan at League One outfit Accrington and started to establish himself at senior level.

He has been in the line-up for 11 consecutive league matches and conceded 18 goals from 14 games in all competitions this season.

Celtic’s interest in Bursik has come at a time when there is a great deal of uncertainty over the senior keeper positions at the club beyond this season.

Fraser Forster is due to return to parent club Southampton at the end of the campaign, while Craig Gordon is out of contract in the summer and there are no plans to offer him an extension.

In other Celtic news, it can be REVEALED that the club are working to agree new defender deal after Lennon intervention.