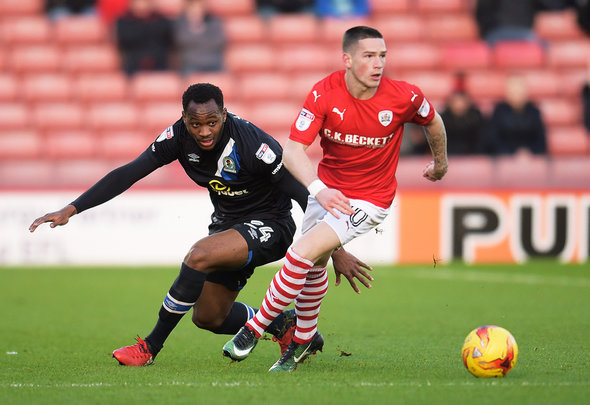 Leeds have opened talks to sign Liverpool winger Ryan Kent, according to a report.

The Sun claim that Garry Monk’s side are in negotiations to land the 20-year-old and make him one of their first summer signings.

But it is said that Liverpool are prepared to offer the highly-rated winger an extended stay at Anfield, in a bid to deter interest that is coming from Bournemouth.

Kent, 20, has caught the eye of a host of clubs with a series of impressive displays during a loan spell at Barnsley, where he has contributed two goals and two assists from 38 appearances this season.

The Liverpool starlet is still under contract at Anfield for another two seasons, but it is understood that both Leeds and Bournemouth are keen to make offers to sign him.

Bournemouth boss Eddie Howe made a personal check on Kent’s development last week ahead of a potential summer transfer, while Leeds boss Garry Monk is already in discussions over a deal.

However, Kent remains a part of Jurgen Klopp’s plans for the future, and the Liverpool chief is determined to retain the services of one of the club’s brightest emerging talents.

He made his first team debut at Anfield in January 2015, starting in an FA Cup clash with Exeter, but has yet to make another senior appearance.

Instead, he has stumbled upon more regular action whilst previously on loan at Coventry, and currently at Barnsley. However, Kent is open to listening to what new terms Liverpool are prepared to offer.

Liverpool have a bright emerging talent in Kent, but he is just one of many impressive youngster already coming through the club’s ranks. Klopp has introduced a number of youngsters into his first team squad this season, largely in cup fixtures, and if Kent were to return to Liverpool in the summer, he will have a similar role to play in the first team squad next season. Although there is still some way to go in the player’s development before he can be first team regular at Anfield, he is a player worth keeping around. Bournemouth and Leeds will be keen to snatch the youngster away, but Klopp should take a closer look at him from Merseyside before deciding on his long term future.

In other Liverpool transfer news, the club have sounded out this Bundesliga hotshot over a potential summer deal.