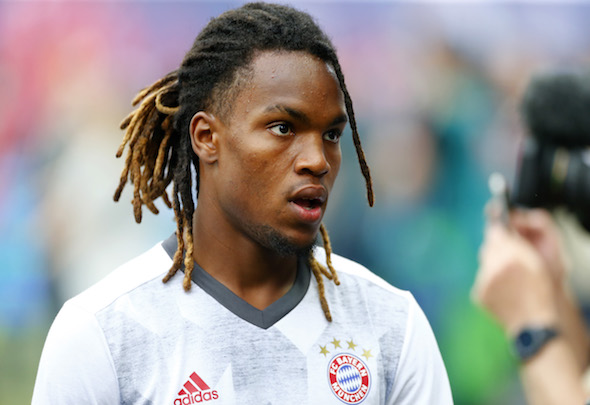 Chelsea boss Antonio Conte has made a last-minute offer to sign Bayern Munich midfielder Renato Sanches on loan this summer, according to a report.

The Telegraph claims that the Italian spoke to Bayern manager Carlo Ancelotti about the prospect on landing the 19-year-old after their pre-season friendly in Singapore on Tuesday.

The newspaper claims that the Bundesliga champions are willing to let the youngster leave the club on a loan deal after he failed to impress throughout his debut campaign last season.

The report claims that Conte is desperate to add more bodies to his current squad as Chelsea look to retain the Premier League title for the second time in their history next season.

It is reported that the Blues face stiff competition from Italian giants AC Milan who are also interested in signing the midfielder this summer.

The teenager signed for the German outfit last summer for a fee that could worth £75million after instalments but he only managed to feature in 25 matches last season, failing to score or assist a single goal in all competitions.

Sanches was attracting a lot from interest from big clubs before his move to Germany last season following his performances in the 2016 European Championships in France where he helped the Portugal national team to win the competition.

The midfielder currently has four years remaining on his contract with Bayern and he is reportedly worth £30million.

Sanches would be a welcome addition to the Chelsea squad next season. Although the youngster failed to deliver the goods for Bayern last season, he has already demonstrated that he has the potential to be top class player in the near-future. The youngster could learn a lot from two-time Premier League winner N’Golo Kante and he could provide the Blues with another option in central midfield should Nemanja Matic leave the club this summer. However, it is likely that the Portugal international might not be a regular starter at Stamford Bridge with the Blues recently completing a deal for defensive midfielder Tiemoue Bakayoko. This could turn out to be a stumbling block in Chelsea’s pursuit as AC Milan could guarantee him more first-team action next season. Chelsea would be the preferable option as they are the club on the rise and they will also be involved in the Champions League.