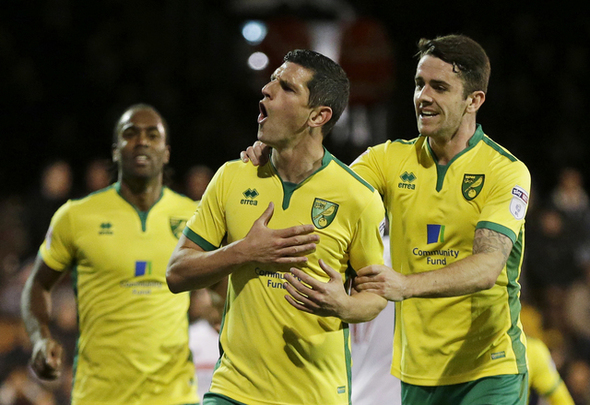 Richard Gough believes that Norwich midfielder Graham Dorrans would be a “terrific signing” for Rangers.

The Daily Mail have reported that the Light Blues are looking to snap up the 30-year-old and will have to pay £1.5million to acquire his services.

Pedro Caixinha is expected to make some big changes to his squad over the summer and on Wednesday it was announced that Bruno Alves has become the first addition to the Gers squad.

Gough, who won nine Scottish Premiership titles in a row with Rangers, thinks that it’s understandable that Caixinha wants to stamp his own authority on the team and has given a glowing recommendation of Dorrans.

“There’s always a large amount of speculation at this time of the year,” said the 55-year-old, as quoted by the Scottish Sun.

“But it’s probably more so this time around at Rangers because of the changes the manager needs to make.

“He will be backed by the board, that’s for sure, and there’s no doubt the new manager needs new players.

“But with regards to Graham Dorrans, then there’s no doubt he would be a terrific signing for the club and I hope that happens.”

Gough managed Dorrans during the early days of his career at Livingston before he was sold to West Brom in 2008.

The central midfielder was highly rated at the Hawthorns and was a large part of helping them become an established Premier League side as he made a total of 189 appearances for the Baggies, scoring 26 goals – 15 of them coming in one season.

He has been a reliable set of boots in the Norwich squad this term and played 24 times across all competitions and scored six goals as they almost qualified for the Championship play-offs.

In other Rangers news, new arrival Alves has said what he expects to do in his spell at Ibrox.