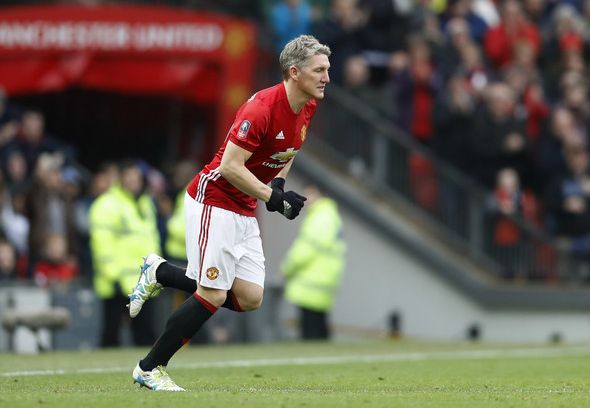 McDermott was the assistant coach to Kevin Keegan during his second spell in charge of the club in 2008, and made the shock admission that Schweinsteiger had been identified as a replacement for James Milner.

The ex-Newcastle No.2’s comments were adapted by the Mirror from his book, Terry Mac: Living For the Moment.

He revealed that Keegan had been convinced by Newcastle vice-chairman Toni Jimenez that they would be able to sign the German midfielder.

Keegan was facing a dilemma over the potential sale of star performer Milner to Aston Villa, with their Premier League rivals tabling a £12million bid for his services.

The Magpies chief was reluctant to let Milner leave the club without having identified a replacement, but the club accepted the bid, informing Keegan that he could obtain Schweinsteiger.

However, McDermott revealed Newcastle had offered less than £5million for the midfielder, who won 121 international caps, and that their offer had been laughed-off by Bayern Munich chief Karl-Heinz Rummenigge.

McDermott claims Keegan had been stitched up by Jimenez, with the 66-year-old becoming even more incensed by the loss of Milner.

Schweinsteiger remained at Bayern Munich until the summer 0f 2015, where he signed for Manchester United.

In other Newcastle transfer news, two English clubs are keen to sign this Magpies striker this summer.