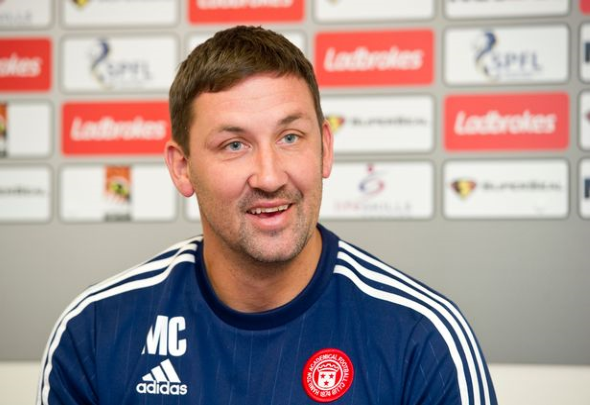 Hamilton manager Martin Canning has insisted Greg Docherty did “everything right” before his move from Hamilton to Rangers last month after being booed by a section of Accies fans on his return to New Douglas Park.
Docherty made his first league start for the Gers in Sunday’s 5-3 win to help the Gers into second in the Scottish Premiership table.
The 21-year-old spent 13 years with Accies and made over 100 appearances for the club before moving to his boyhood heroes last month as part of Graeme Murty’s rebuild.
Canning admitted the booing was part of football but praised the Scotland under-21 star for the way he handled himself at Hamilton.
“That’s football. You can be one person’s hero one week then move teams and become the enemy,” Canning said, as quoted by the Belfast Telegraph.
“I don’t think the boos were unanimous though. Football is about opinions and some people will always see things differently to others.
“I’ve always said that, from a club point of view, Greg did everything right.
“He worked very hard, gave this club everything he had and when the opportunity came to move on the club got rewarded financially and Greg himself got rewarded by moving on to a huge club.”
Docherty was one of six players to join the Gers last month with Sean Goss, Jason Cummings, Jamie Murphy, Russell Martin and Glenn Middleton all signing for the Ibrox giants.
The midfielder made his debut for Hamilton as a teenager and made himself a hero by scoring the goal which kept Accies in the Scottish Premiership in last season’s relegation playoff win over Dundee.
The midfielder will face a fight for his place in coming weeks with Jason Holt returning from suspension and Ross McCrorie and Graham Dorrans making their comebacks from injury.
In other Rangers news, Windass shares brilliant WhatsApp exchange with Barjonas prior to Gers win.