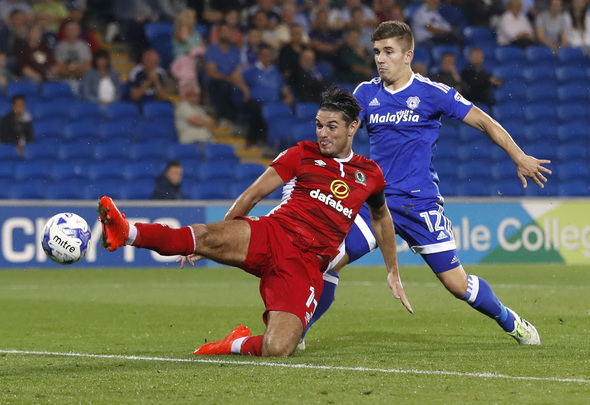 Rangers fans have taken to social media to express their mixed opinions after the club announced that Declan John had signed a season-long loan deal from Cardiff City.

The 22-year-old mainly plays at left-back and will provide support for Gers skipper Lee Wallace over the current campaign.

Many fans called out to the new signing on Twitter and asked him to do the club proud, while other supporters were hoping that the Glaswegian side would announce Hearts midfielder Jamie Walker instead.

Great another defender who can't defend. We've got a coup here lads 😂

Welcome young man. Now the challenge is to displace our captain!

Biggest and best football family in the world son. Do us proud, give your all. That's all we ask 👍

Welcome man 🙂 – Rangers are bigger than massive…you will soon find it out. Welcome to the family bro 💙

Declan John joins a host of new faces at the Ibrox as boss Pedro Caixinha has had a busy summer of recruitment.

While John is the club’s eleventh signing in total, he is the third player to join the Gers on a temporary basis as Aaron Nemane is on loan from Manchester City as well as Benfica’s Dalcio.

Caixinha has performed a big squad overhaul during his first transfer window at the helm of the club.

In other Rangers news, the club are planning to hijack an English club’s pursuit of a striker.