Noel Whelan has urged Mateusz Bogusz to go out on loan next season after the Leeds United teenager confirmed he plans to exit Elland Road this summer.

The former Whites and Coventry striker, speaking exclusively to Football Insider correspondent Dylan Childs, claimed that the 18-year-old’s chances will be “very limited” at Elland Road now they are in the Premier League.

The midfielder told TVP Sport that he will leave make a loan move this summer but not before he signs a new contract at the club. 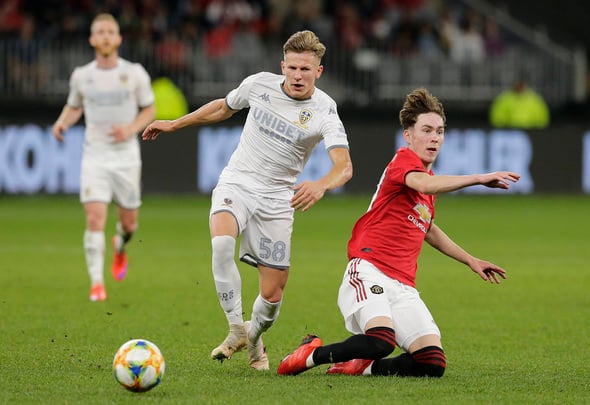 Whelan believes a season-long loan will be beneficial for all parties.

“The time has come now for him to get some more game time and some more experience under his belt,” he told Football Insider.

“If he can get a good Championship side, he can learn his trade better.

“His chances will be very limited at Leeds now that we are in the Premier League. There is only going to be a few handpicked youngsters that will be taking part in next year’s campaign.

“I think it benefits everybody to get him some proper experience.

“His future is at Leeds but he needs to improve.

“The best way to do that is to get real games, not the Under-23s. He is ready for first team action and 23s will not benefit him.”

Bogusz told TVP Sport: “I wanted to go on loan this season, but Bielsa didn’t let anyone go.”

“Now I will be gone 100 percent, we’ve already talked about it. First I will sign a new contract and then I will go on loan.”

PLUS: Subscribe for free to our brilliant new YouTube channel for daily videos and interviews with our top pundits and special guests.