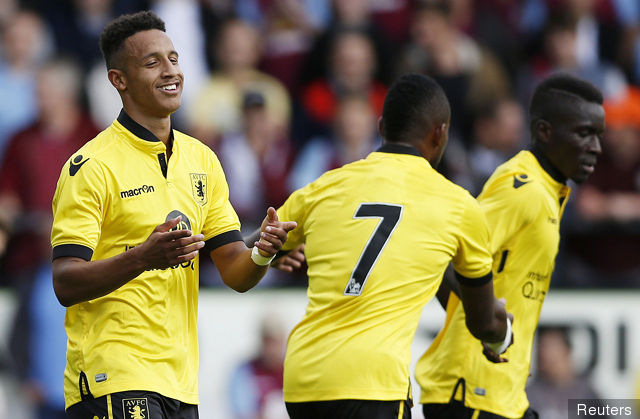 Callum Robinson will try to prove why Aston Villa were wrong to let him go in the summer when he returns to Villa Park with Preston on Saturday.

The 21-year-old was a Bodymoor Heath academy graduate before he made the permanent move to Preston in June following a successful loan spell with them during the 2015-16 season.

He was barely given a look-in during his time at Aston Villa and spent the majority of his career at the club on various loan deals with The Lilywhites where he has shone in recent weeks.

Robinson has notched up seven goals in all competitions for Preston this season, including six in the Championship and two in his last two games as he has become an important figure for his new club.

At Villa, he displayed plenty of potential but he failed to make the breakthrough into the first team and after just five substitute appearances in 2013-14, he was eventually sold in the summer.

However, he has the pace to hurt his former club on Saturday and he could rub salt into the wounds of Steve Bruce’s side who are currently struggling to score goals if he is on target for the third successive game.

Villa have scored just one goal in their last four matches and have failed to pick up a victory since their 2-1 win against Burton Albion last month.

Preston were impressive against Brighton on Saturday and Robinson was on hand to double his side’s lead with a goal in the 53rd minute.

He also scored against Premier League competition when he got the opener in the eventual 2-1 defeat against Arsenal in the FA Cup.

Now he threatens to prove his former club wrong when he will no doubt provide a threat for Preston in Saturday’s Championship showdown between the two clubs.

What Bruce would give for a player scoring regular goals now – as long as it’s not Robinson on Saturday.

In other Aston Villa news, fans have reacted on Twitter to speculation regarding Adama Traore’s future.

We’ve launched an <<EXCLUSIVE TRANSFER WINDOW NEWS FEED.>> ‘Like Us’ on Facebook by clicking here if you want 24/7 updates on all Aston Villa transfer news.