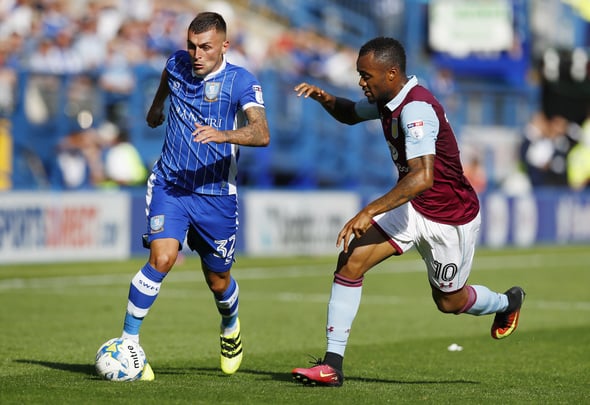 However, after his display against the Latics, it is becoming quite clear that the Ghana international is becoming a hindrance to the team.

His inability to pass the ball to his teammates, losing possession in crucial positions, is beginning to hurt Steve Bruce’s side.

If it was not for Jack Grealish’s stunning late winner then a lot would have been made of Ayew’s performance and Villa’s lacklustre display overall.

Bruce should consider selling the versatile attacker in January as he can use that money to add more balance within his squad.

Ayew has great ability on the ball, he can run at and past defender at will, but his decision making lets him down and it has happened far too often this season.

Bruce’s side are four points off the play-offs and are looking for a surge up the Championship table during the second half of the campaign.

There is an overload of attackers at the club, with Ayew, Jonathan Kodjia, Rudy Gestede, Albert Adomah, Ross McCormack, Gabby Agonlahor and Grealish all goalscoring options.

However, only Grealish and Adomah have the ability to create the chances and Bruce must add a playmaker to his ranks when the window opens next month.

If a top-tier side were to come in for Ayew, then Bruce should cash in on a player who has not scored a goal since October.

In other Aston Villa news, Tony Xia has posted this Twitter message with Jack Grealish after the win against Wigan.