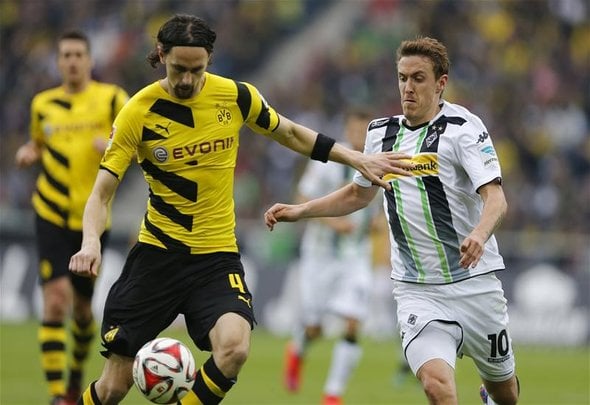 Newcastle’s highly-rated defender Jamaal Lascelles has been at the heart of the club’s rise to the top of the Championship this season.

But with the January transfer window looming, the club now face a battle to keep hold of the 23-year-old star.

The Express claim Premier League duo Chelsea and Liverpool have locked horns for his signature.

The report also suggests that manager Rafael Benitez is confident of retaining the services of Lascelles, but should a transfer take place, he will also need to have one eye on a potential replacement.

Lascelles has been one of Newcastle’s best players this season, as they seek to land an immediate return to the Premier League; which is one of the reasons why Benitez does not want to lose him mid-way through the campaign.

Newcastle face Championship strugglers Wigan on Wednesday night, where a win could see them regain top-spot from Brighton.

Football Insider investigates three players that Benitez could turn to fill the void at centre-back:

The 32-year-old Serbian defender is out of contract at Chelsea this summer and could be available to snap up in January.

Ivanovic retains the hope of landing a contract extension with the current Premier League leaders, but there has yet to be any sign of such negotiations taking place.

Since Antonio Conte changed to a 3-4-3 system, Ivanovic has lost his place in the side and faces stiff competition to earn it back.

He would bring vast experience to Newcastle’s back line in the absence of captain Lascelles, which would prove even more important should they earn promotion back to the top-flight.

Benitez already has quite a talented squad, many of whom have spent years in the Premier League, and adding another similar face can only have a positive impact going forward.

His versatility also ticks the boxes, as he could provide extra competition at right-back as well as in the centre.

Ivanovic worked under Benitez when he was appointed interim boss at Chelsea in 2012.

The 28-year-old was on the verge of joining newly-promoted Premier League outfit Middlesbrough, but the deal broke down after he had to undergo rib surgery.

The Borussia Dortmund defender has been out of action for six months, but is set to return in the new year. He made two appearances for the reserve side in November as he nears full fitness.

His injury proneness may be a concern for Newcastle, but there can be no denying his quality, and that is what they will need to replace a key player like Lascelles.

Subotic brings both Champions League and international experience, as well as a cool-head to the table, and with just one year left on his current contract, could be available for a cut-price deal.

This one perhaps seems a lot less likely to happen, but given Sakho’s lack of game-time in Liverpool’s first-team, is certainly worth a shot.

Sakho has failed to establish himself under Jurgen Klopp and has not made a single appearance for the club this season, restricted to five reserve-team appearances only.

The 26-year-old was one of Europe’s most exciting defensive prospects whilst at PSG, but has not been able to fulfil his potential since arriving at Anfield.

His current situation has a number of clubs interested in January, and Klopp would appear happy to let Sakho talk to other clubs.

A loan deal or a permanent move could be on the cards for Benitez, having been deemed surplus to requirements by his current employers.

In other Newcastle news, Football Insider reveals three senior players that could quit the club in January.