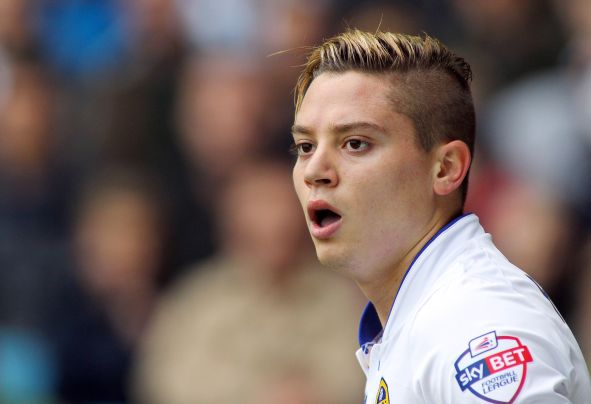 Leeds should consider handing Brazilian playmaker Adryan a second chance at Elland Road as doubts remain over the future of Pablo Hernandez.

Hernandez, 31, has a contract at Elland Road until the end of the season with an option for another 12 months, but it remains to be seen if Leeds will exercise that clause.

With doubts continuing to increase over the future of the former Swansea ace, a return for 22-year-old Adryan could be the perfect signing for the Yorkshire giants.

Known for his nimble, fleet-footed ability when in possession of the ball, Flamengo attacker Adryan could provide a sense of flair to Garry Monk’s side.

The Yorkshire giants are known for their desire to get down the flanks and cross the ball to target man Chris Wood, but without much of a plan B, an injury to Wood could see Monk’s work begin to unravel.

Bringing in Adryan, who is a three-time Brazil Under-20 international, would add creativity and skill in the final third as well as striking a rapport with the Leeds fans.

Although showing an abundance of raw talent during his loan spell with Leeds back in 2014-15, Adryan has now matured after a season with Nantes in France’s top tier.

Scoring seven goals in 30 league and cup encounters with Nantes, as well as supplying two assists, Adryan has proven he has top-tier pedigree and could aid Leeds even if they gain promotion to the Premier League.

With his contract set to expire on New Year’s Eve of this year, the former Cagliari star could be available in a cut-price deal should Monk look to form a Yorkshire reunion for Adryan.

In other Leeds transfer news, this youngster has joined Manchester United on trial.