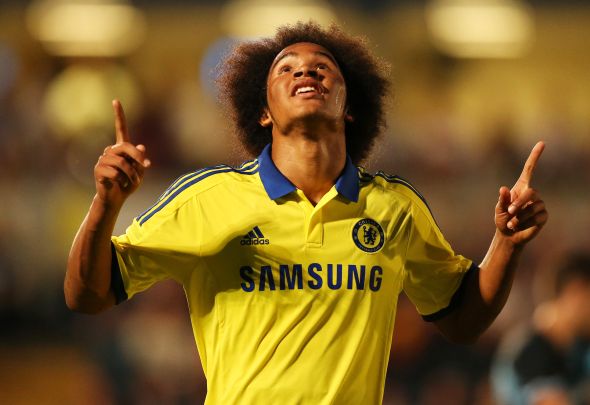 Leeds would add an extra dimension to their attacking resources with the January signing of Chelsea’s versatile forward Izzy Brown.

With Garry Monk scouring the market to add players that can have an impact on the Yorkshire giants’ promotion push, with a particular emphasis on signing attacking talent, here are three reasons why he should sign Brown:

Leeds have just two recognised wingers in their squad in Hadi Sacko and Stuart Dallas which has seen Monk play striker Souleymane Doukara out wide in recent matches. Despite the forward’s impressive form on the left wing, Leeds still need cover with injuries likely to occur towards the end of the season after a demanding Championship campaign. Bringing in Brown would provide top-quality cover on both wings, as well as giving competition to top scorer Chris Wood in the centre-forward role.

Spending the first half of the 2016-17 Championship campaign on loan at Yorkshire rivals Rotherham, Brown has shone in a side that have struggled at the foot of the table. The Sun claim that Chelsea are looking to cancel Brown’s loan in order to send him out on loan elsewhere, as they look to showcase his talent in side that are in better form. Having a hand in eight goals during his loan spell at the New York Stadium, Brown has scored three himself and provided another five and would share the reliance on Wood to score goals at Leeds.

Playoff rivals Huddersfield are in the mix to sign Brown after the Huddersfield Daily Examiner claimed David Wagner’s side were interested. With Leeds looking to beat the Terriers in the race for Premier League promotion, signing Brown over Huddersfield would mean be a huge boost as the 16-time England Under-19’s international would be scoring for Monk’s side, instead of Wagner’s. Brown’s choice, if Leeds become interested, could prove pivotal in the Championship promotion race.

In other Leeds transfer news, fans have reacted on Twitter after this Championship club snapped up out-of-favour midfielder Luke Murphy on loan.