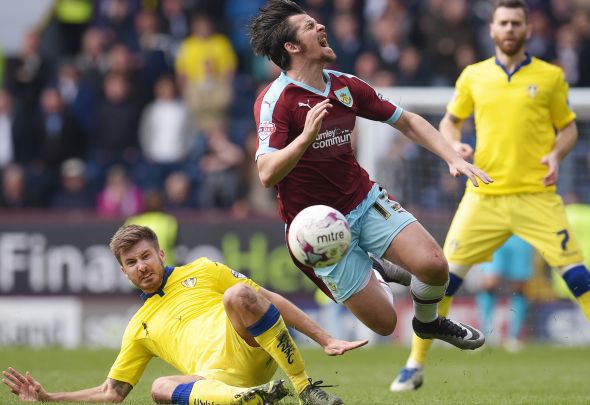 Leeds fans wished Luke Murphy the best of luck on Twitter after he completed a loan move to Burton Albion.

The 27-year-old has been ostracised by manager Garry Monk this season, after making just one solitary appearance in the second round of the EFL Cup against Luton Town.

Burton revealed their new signing on their official website and Twitter account, which will see Murphy remain at the Pirelli Stadium until the end of the season.

📝 The #Brewers have signed Luke Murphy from @LUFC on loan until the end of the season.

Joining the likes of transfer-listed duo Toumani Diagouraga and Ross Turnbull in the reserves, Murphy was expected to leave this transfer window in order to gain regular first-team football.

Murphy has remained in the Championship with Nigel Clough’s side and could be thrown straight into the Brewers side to face Premier League side Watford on Saturday in the FA Cup.

Leeds fans have reacted on Twitter following the former Crewe midfielder’s move, with some claiming that Murphy was not given a fair chance at Elland Road.

Good move for Burton and Murphy, you feel… liked him but only rarely showed glimpses of the player we thought we signed. #lufc

Good luck to Luke Murphy on loan at Burton, deserves to be playing football & wasn't going to get into the Leeds team #lufc #mot

we're up all night for Luke Murphy #lufc

@WACCOE Good luck to Murphy. Decent footballer, just never imposed himself on games like you wanted him to. #lufc

Best of luck to Luke Murphy on his loan move to Burton Albion. He will always have a special place in our hearts. #LUFC. pic.twitter.com/QflPUg09kU

Contrary to other fans, one Leeds follower revealed that he will miss the combative central midfielder for this reason.

Since his £1million move to Leeds from League Two outfit Crewe back in the summer of 2013, Murphy has made 111 league and cup appearances for the Yorkshire giants and found the back of the net seven times.

In other Leeds transfer news, this reliable journalist has revealed that Monk wants to improve these three positions.