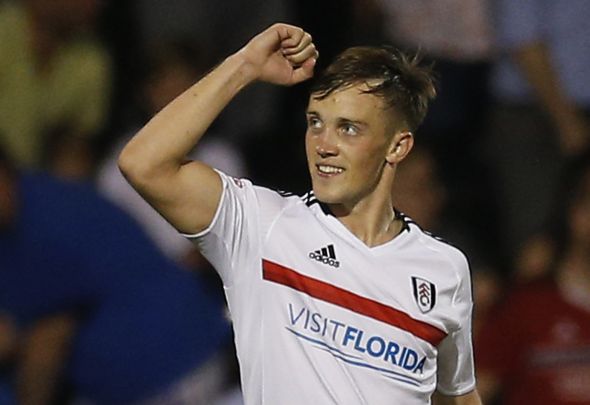 Rangers would kickstart their Scottish Premiership campaign by bringing in Fulham’s Lasse Vigen Christensen on loan.

The Sun’s Tom Barclay revealed on his personal Twitter account that the 22-year-old ace is allowed to leave Craven Cottage this month on loan, and the Gers could become interested.

With the Gers desperate to add to their midfield ranks this month, here are three reasons why Christensen would improve Mark Warburton’s midfield:

Former Brentford boss Warburton has had little luck when it comes to his midfield this season. The Gers have seen Niko Kranjcar and Jordan Rossiter ruled out with long-term injuries, while Matt Crooks and Josh Windass have both been in and out of the first team with muscle problems. As well as the controversial parting of ways surrounding Joey Barton who is back with Premier League new boys Burnley, the signing of Christensen would come as a huge boost to the 54-time Scottish champions.

Captain of Denmark’s Under-21 side, Christensen is known for his lung-busting effort to have an impact in both the defensive and attacking thirds. Since his move to west London from Danish giants FC Midtjylland, Christensen has had a hand in 18 Fulham goals. Scoring seven of them himself, Fulham’s number 21 has turned provider on 11 other occasions during his 68 league and cup encounters for the former Premier League side. Combine that with Andy Halliday’s ability to sit at the base of the midfield, the Fulham ace would have the license to provide an attacking edge for the Gers.

With his quality remaining obvious, Christensen could be available for a permanent move in the summer with just 18 months remaining on his current contract. Bringing the midfielder to Ibrox on a loan-to-buy deal would prove beneficial to Warburton, who can judge the midfielder first hand before looking to secure a cut-price move at the end of the season. Still in his early twenties, Christensen has his best years ahead of him and would prove a superb signing if brought to Glasgow.

In other Rangers transfer news, fans have reacted to speculation that their side’s first deal of January could be completed.