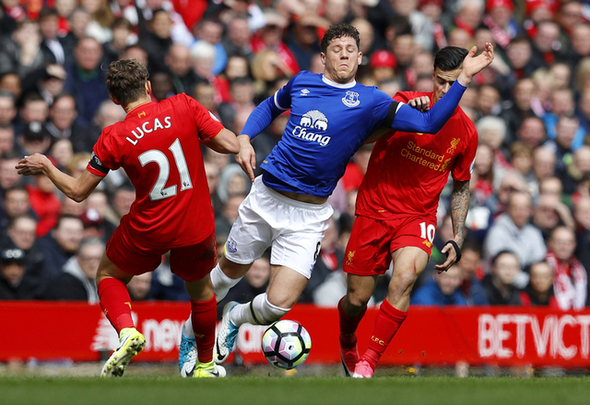 It is clear that Alberto Moreno has fallen well out of favour with manager Jurgen Klopp after a number of questionable displays and James Milner quite simply is not the long-term option for the full-back slot. The 31-year-old has been known for his versatility throughout his career and he has done a solid job in the left-back position this season. However, he also has his limitations and after his display against Everton where he was all too eager to cut back onto his right, it is clear that Liverpool must sign a new left-back in the summer.

Lucas must be sold

Lucas Leiva was linked with moves away from Liverpool in January after struggling to break into the Reds’ first team in the first half of the season. However, he has seen more pitch time in the second half following injuries to Jordan Henderson and Adam Lallana in the side’s midfield. But, it is clear that the Brazilian is no longer good enough to play for a club where Liverpool are looking to get to and the 30-year-old must be sold in the coming summer in order for the club to progress.

Divock Origi is considered a bright young talent and the 21-year-old must simply see more pitch time after his substitute display against Everton. The young forward was a tremendous threat to the Toffees back line with his pace and willingness to run at the defence and his performance was capped off with a great goal for the third. The Belgian has started just one of his side’s last nine league matches and with Roberto Firmino currently leading the line in an unnatural position it is clear that Origi must be handed some more time on the field.

In other Liverpool news, fans blasted Jurgen Klopp’s decision to start this player ahead of the meeting with Everton.