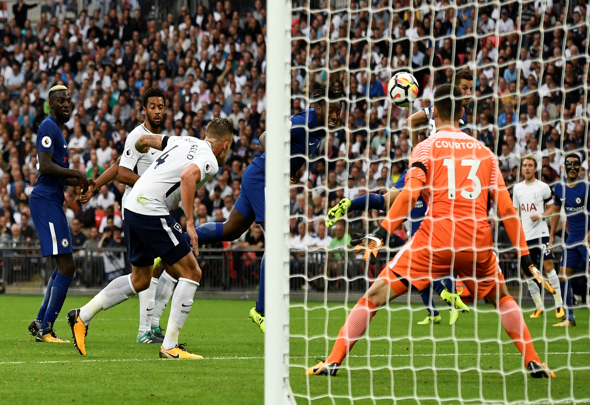 Tottenham were looking for an opportunity to get off to a fast start at their new home ground today, but came up against a resolute Chelsea side.

It was a tight game and it looked like Chelsea were going to come out on top after a fantastic free kick scored by Marcos Alonso in the 24th minute.

Tottenham huffed and puffed – and kept Chelsea pinned back for a large portion of the match, but they couldn’t find an equaliser.

In the end Chelsea found one for them – with Michy Batshuayi finishing brilliantly with his head shortly after coming onto the pitch.

However, Alonso popped up to claim a second goal to win the game late on.

Harry Kane came close earlier, striking the inside of the post but his drought in August continues.

There were good performances all over the pitch, but one of Tottenham’s unsung heroes deserves the first mention today. Tottenham’s attacking stars get more than their fair share of the glory.

But a lot of Tottenham’s steel comes from the midfield pairing of Victor Wanyama and Mousa Dembele.

He was an absolute rock today and didn’t deserve to be on the losing side.