Alan Hutton has tipped Leeds United defender Barry Douglas to try and force an exit from Elland Road for the good of his career.

The former Premier League full-back, speaking exclusively to Football Insider, assistant editor Russell Edge, admits he has been disappointed by the 30-year-old’s progress since his move from Wolves.

In a Q&A on the Whites’ official Twitter account, Douglas revealed that, like Hutton, he is a boyhood fan of the Light Blues, having grown up watching the likes of Brian Laudrup and Jorg Albertz.

As revealed by Football Insider, his revelation is likely to pique the interest of Steven Gerrard’s men, with Leeds open to offers for the full-back regardless of promotion.

Hutton believes that his fellow countryman needs to be playing regularly at his age and that a move away from the Championship leaders would be for the best.

Hutton told Football Insider: “He went to Leeds with a big expectation and it’s not worked for him. Yes, he’s had a few injuries and stuff but he’s possibly third choice now.

“I always thought he would come on and would have a chance to play for Scotland – unfortunately, he had two world-class players ahead of him in Robertson and Tierney.

“If Leeds go up, he’s not playing at the moment, is he going to play in the Premier League? I wouldn’t have thought so, therefore it’s possibly time to move on and he’ll be trying to make that right decision for his playing career.” 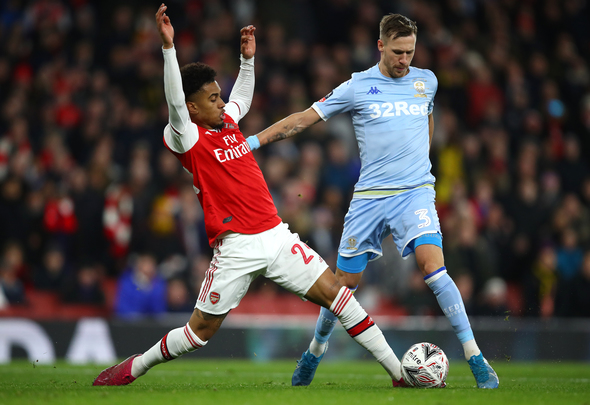 The left-footed full-back joined Leeds from Wolves after helping Nuno Espirito Santo’s men win the Championship title back in 2018.

However, the Scotland international has struggled for regular game time under Marcelo Bielsa, with just 39 appearances for the club across all competitions.

In other Leeds United news, Noel Whelan has told Football Insider a midfielder is heading for the exit after player reveal.