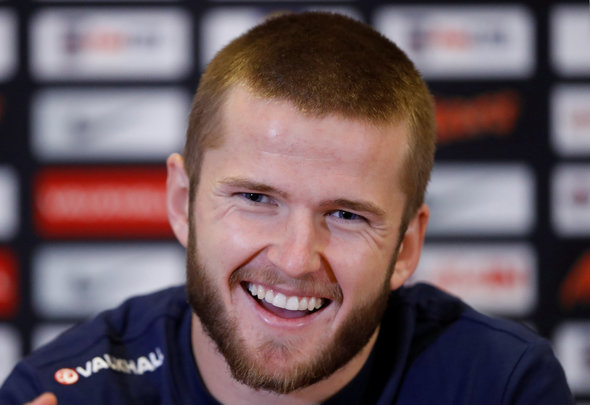 England manager Gareth Southgate has been singing the praises of Tottenham utility man Eric Dier after naming him captain for the Three Lions’ friendly clash with Germany on Friday.

The 23-year-old is a shock appointment as captain with more experienced names in and around the squad, while Harry Kane, who was given the responsibility for the last two World Cup qualifying matches, has pulled out with injury.

Speaking of his temporary captain, Southgate was left raving over the leadership qualities demonstrated by the Tottenham man, who is able to play in both the centre of the park as well as at the heart of the defence.

Speaking to the press, he was quoted by Metro as saying: “He plays with maturity and intelligence. He understands the game really well.

“He is also a great role model. ‘His approach to everything is very professional. He hardly ever misses a game and plays in an unselfish manner.

“I think he can be even more of a leader than he currently is and I am hoping giving him this reward and responsibility will also bring even more out of him as well.

“He has the respect of everybody because of the way he is. He connects well with the whole group. He is a really top professional.”

This season has seen Dier play a key role in Spurs’ season, having appeared in every one of the club’s 17 matches across all competitions, with 15 of those outings coming in the starting XI.

It takes his total number of appearances for the club to 152 since arriving from Portuguese side Sporting, with eight goals and seven assists under his belt.

As for his international career, he has gone on to turn out 21 times for the Three Lions since his debut back in 2015, with three goals on the world stage to his name.

In other Tottenham news, one man is a doubt for the Arsenal clash but a star figure looks set to return.