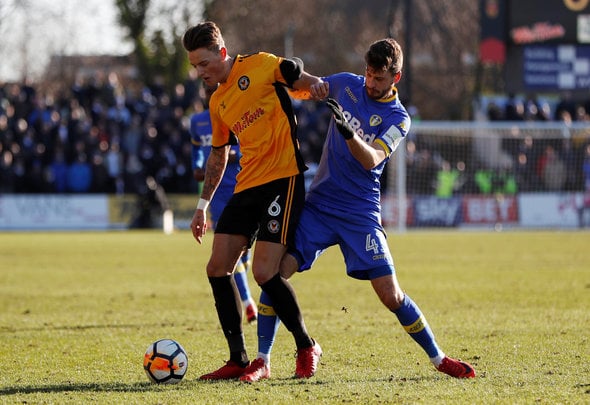 FC Utrecht are plotting to strike a second deal with Leeds United to make Mateusz Klich’s loan stay in the Eredivise into a permanent one, according to a report.
Dutch newspaper De Telegraaf claims on their website that Utrecht will decide later into Klich’s temporary stay whether or not they will approach Leeds with an offer to sign him permanently.
It is understood that the Dutch top-flight club did not work an option-to-buy clause into the 27-year-old’s temporary exit from Elland Road, which was completed earlier this week.
Klich was signed by Leeds for £1.5million from FC Twente in the summer and although he was one of Thomas Christiansen’s first signings, he barely made any impact at all in England.
The Poland international made just 10 appearances in all competitions for the Whites, with just one outing in the Championship since September.
Football Insider verdict
It would make a lot of sense for Leeds to try and cash in on Klich in the summer but it’s unlikely that they will make back the £1.5million that they spent on him. He would probably want to leave Elland Road too due to the lack of chances he was given. It was odd timing for Leeds to get rid of the Pole on loan due to the numbers of suspensions in the squad at the moment. Surely Leeds could have stalled out the deal a bit and give him a bit of game time first. That way they could have decided if a loan move away was necessary. However there has just been something about the midfielder that has not impressed Christiansen.
In other Leeds United news, fans on Twitter are furious after it was announced that yet another midfielder has left Elland Road.
We’ve launched a << BREAKING NEWS FEED>> exclusively for your club. ‘Like Us’ on Facebook by clicking here if you want 24/7 updates on all Leeds United breaking news.