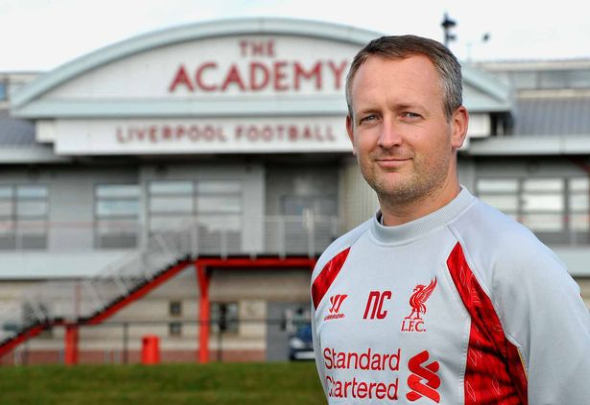 Liverpool Under-23s boss Neil Critchley thinks reported Rangers target Ovie Ejaria is a “top player” – and admitted you “feel sorry” for defenders when they go one on one with the 20-year-old midfielder.

According to the Daily Record, Ejaria could be confirmed imminently for the Liverpool youngster to become Steven Gerrard’s fourth signing since taking the reins at Ibrox.

Critchley revealed the England youth international has “wow moments which just make you smile” but admits he’s got a “little bit more” to do to earn a regular place in the first-team squad at Anfield.

“Ovie is a top player. He has played in Liverpool’s first team, which shows you what our manager thinks of him. I’m sure he will get back there again,” Critchley said, as quoted by the Scottish Sun.

“Ovie has these real ‘wow’ moments which just make you smile because it’s brilliant to watch.

“When he is faced with a defender, one on one in the penalty area, you sort of feel sorry for the defender because you know there is only going to be one outcome.

Ovie knows he has got to do a little bit more in terms of his assists and goals, because it’s a way of getting noticed, and getting yourself into the manager’s thoughts.

“He has a lot of potential and that’s why he has played for the first team here. We want him to get there on a permanent basis.”

Despite Sunderland fans not seeming to be impressed with the youngster, pretty much everyone else has been. His brief loan spell at the Stadium of Light last season wasn’t exactly an ideal opportunity for the 20-year-old to show what he can do as the Black Cats failed to avoid relegation to League One. With a chance in a more attacking team who will spend much more time going forward then it gives him an opportunity to really impress and show Jurgen Klopp why he deserves a first-team place at Anfield. Ejaria would have been part of England’s squad at this summer’s Toulon Tournament but for injury and the chance to move to Ibrox and work under Liverpool icon Gerrard would surely be tempting for him. At 20, Ejaria has a lot of time to prove he deserves a chance with the Premier League giants and a season at Ibrox competing for trophies in front of 50,000 fans every other week is an opportunity most loan moves don’t offer for young players.