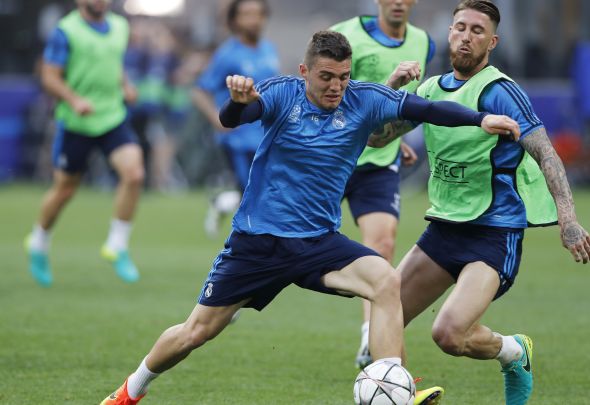 Tottenham are said to be on alert after Real Madrid winger Mateo Kovacic has announced he is set to leave the Bernabéu this summer, according to a report.

The Mirror (live transfer blog, 8.39am) claim that Kovacic wants a move to ensure regular game time after only starting in 10 La Liga games for Real last season.

The 24-year-old is valued at £27million and has said that he wants a move this summer, potentially to the Premier League.

Both Tottenham and Man United are said to be interested.

Kovacic joined Real Madrid from Inter in 2017 for a fee close to £28million and it looks like Real are prepared to lose money on the 24-year-old midfielder. He only made the bench in Croatia’s 3-0 win over Argentina in the World Cup and he wants a move to ensure he gets regular game-time for his club and country. We could definitely see him playing for Tottenham. He’s a superb player who could easily fit the hole potentially left by Mousa Dembele, if the midfielder leaves as expected this summer. He’s got experience of doing exactly what Tottenham are desperate to do – win trophies. He’s got three Champions League winners medals with Real and 43 caps for his country. It’s no shame to not be a regular starter for a team like Real Madrid but it’s definitely time for him to move and prove that he should be one of the first names on a team sheet.