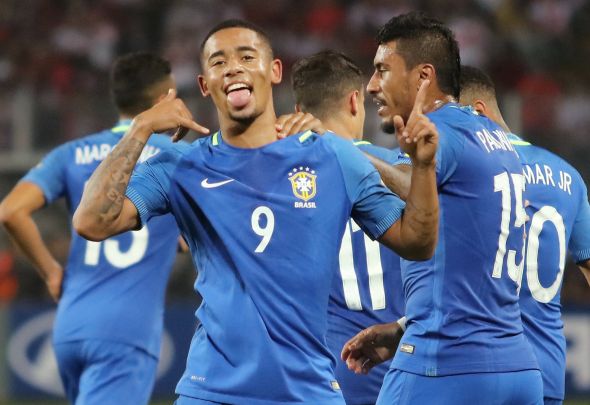 Tottenham could be on the receiving end of a dream debut from Manchester City teenager Gabriel Jesus, according to a report.

Jesus, 19, signed for Man City this month from Brazilian side Palmeiras for a fee of £27million plus instalments, after a deal was struck in the summer to bring the wonderkid to the Etihad Stadium.

The Guardian claim that Jesus is available to take part in Saturday’s clash after training with City for three weeks, with Pep Guardiola looking to get back to winning ways against Spurs.

The report claims it is unlikely Jesus will be handed a starting berth against Spurs, as City await for clearance to allow Jesus to play which is expected to arrive on Wednesday or Thursday.

A six-time Brazil international already, Jesus is able to play on both flanks or as a centre-forward and could threaten Spurs as he remains an unknown quantity in the Premier League.

However, Spurs will be boosted by three City first teamers remaining injured. Ilkay Gundogan, Vincent Kompany and Fernando all remain crocked, as Spurs look to do the double over City.

Mauricio Pochettino’s title-chasing side have their own injury worries though, after Belgium international Jan Vertonghen was ruled out for two months with an ankle injury.

The defender joins Erik Lamela in missing the Premier League clash, with a hip injury keeping him on the sidelines.

If Spurs can secure a win, despite the presence of speed machine Jesus, then they will move to within four points of league leaders Chelsea if the Blues lose to Hull at Stamford Bridge.

In other Tottenham news, Christian Eriksen has sent a warning to the rest of the Premier League.