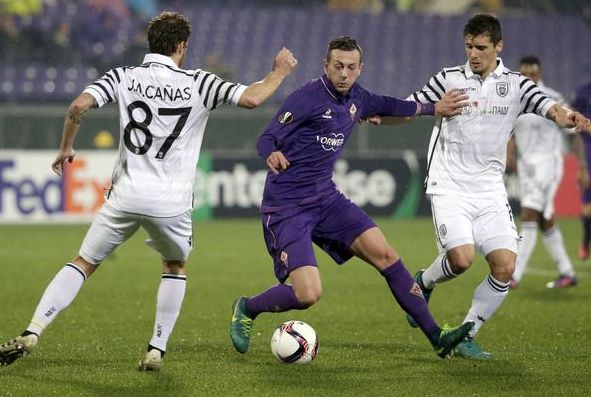 Tottenham are planning a move for £40million-rated Fiorentina winger Federico Bernardeschi – according to a report.

The Standard claim that the Premier League side are in the market for a wide man, and that Mauricio Pochettino has homed in on the Italy ace after being impressed by his display against his side in last season’s Europa League meeting.

The 22-year-old has been in sensational form for Fiorentina this season, contributing 10 goals and two assists from 24 appearances in all competitions, but Tottenham face a tough time convincing the Serie A outfit to part with Bernardeschi.

Spurs are also likely to face competition from European giants Barcelona, Paris Saint-Germain and Bayern Munich in the race for his signature.

While the transfer window opened less than a week ago, Pochettino must act fast if he wants to land Bernardeschi this month, as Fiorentina have entered talks with the players’ agent Beppe Bozzo over a new deal.

The new contract would see a £70 million buyout clause slapped on his client, though while Bozzo is willing to discuss a new deal, he is against the idea of a buyout clause.

Tottenham became only the third team to beat Chelsea in the Premier League this season, and Wednesday’s victory keeps Spurs in the race for the title.

Pochettino’s side jumped ahead of north London rivals Arsenal into the top-four, where they are now just seven points behind the leaders.

Spurs are also fighting on the Europa League front, and Pochettino is looking at Bernardeschi to add further quality to his attack ahead of a crucial second-half of the campaign.

Bernardeschi has emerged as one of Italy’s most promising talents, and is drawing the plaudits for his displays for Fiorentina this term. It comes as no surprise that some of Europe’s top clubs are interested in his signature, and Tottenham would be purchasing a tremendous talent. However, after splashing £30 million on the unconvincing Moussa Sissoko in the summer, fans will understandably have their reservations at a £40 million deal for Bernardeschi – as will chairman Daniel Levy. Tottenham have built great success as a defensive unit this season, and there are still improvements to be made in the attacking department. He could make a huge difference for them but at that price it is a huge gamble, and one they could perhaps give a miss on this occasion.

In other Tottenham news, fans have reacted on Twitter as Spurs trio are in line for awards.