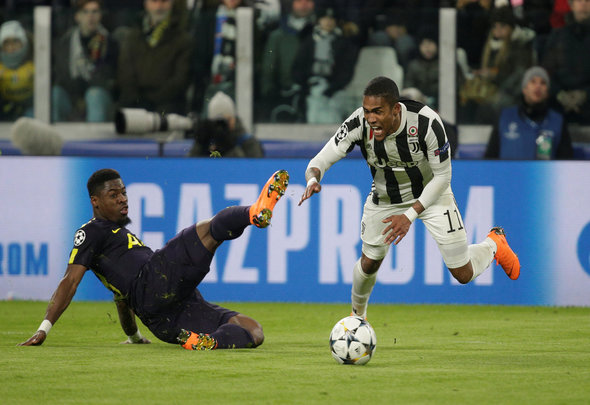 Football fans took to Twitter to lay into Serge Aurier for his first-half performance for Tottenham in their Premier League clash against Huddersfield.

A Son Heung-Min goal after 27 minutes put Spurs 1-0 up at the break against the relegation strugglers as the home side dominated possession at Wembley.

But it was not all sweetness and light for the home support after Mauricio Pochettino had made nine changes from the side that beat League One minnows Rochdale 6-1 in midweek.

Aurier was one of those reinstated in the starting XI after being suspended for the FA Cup replay, in which Kieran Trippier was used at right-back.

The Ivory Coast international started a second consecutive Premier League match after the embarrassment of the 1-0 win over Crystal Palace, when he secured an unwanted record by becoming the first player in the competition to take three foul throw-ins during the same match.

Fans on social media ran the rule over Aurier’s opening period against Huddersfield and a section were heavily critical.

Serge Aurier seems to have gone backwards at #Spurs. Granted I only ever really saw him in the Champions League for PSG but he looks a completely different player. His tackling and decision making at times beggars belief

I am praying for Aurier
To defending ,make some cross and not doing any stupid things .God help me.

It’s looking increasingly likely that the high point of Aurier’s season will be coming second in that Uno tournament.

I have a strong dislike for Serge Aurier