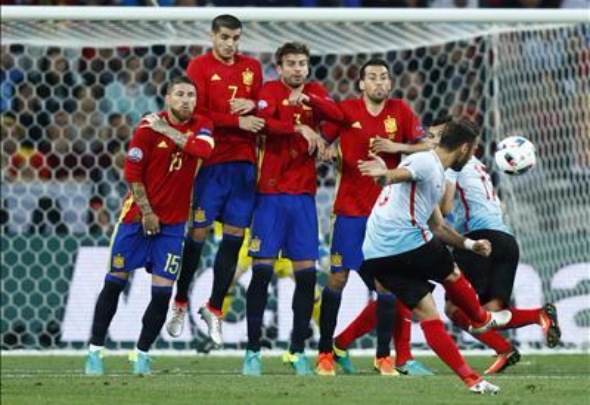 The Bayer Leverkusen attacking midfielder is highly rated in Germany, where he is renowned for his excellent set-piece ability.

The German Express has quoted Calhanoglu’s agent Bektas Demirtas, who has confirmed Spurs’ interest in the player.

“It is true that Tottenham have registered their interest with me,” said Demirtas.

Calhanoglu joined Leverkusen from Hamburg in an £12million deal in the summer of 2014, and can play out wide or as a number 10.

Tottenham fans are delighted to see Spurs interested in signing the Turkey international, as many believe he could give current playmaker Christian Eriksen some competition.

Çalhanoğlu would be a great signing but I think we should keep Son as well as getting him. They know each other quite well #THFC #COYS

Yes to Calhanoglu. Been speaking about him for a few years. Would love him at The Lane. Versatile and deadly on set pieces. #COYS #THFC

If Spurs sign Calhanoglu, I am buzzing #COYS #THFC

If his all round game is anywhere near as good as his free kicks, this could be a great move. #coys #Calhanoglu https://t.co/Fp1dMkP3Il

One fan was so desperate to see Calhanoglu become a Spurs player, that he decided to take matters into his own hands and send Spurs’ official website a video of the 22-year-old scoring a free-kick.

Former Espanyol boss Pochettino has been keen to add another attacking midfielder this summer, as Georges-Kevin N’Koudou’s transfer saga is still ongoing.

The Argentine boss is looking to add proven European quality to his attacking ranks, and Leverkusen’s number 10, who has four goals and seven assists in 14 Champions League games, could be the perfect buy.

In other Tottenham transfer news, this Barcelona forward is also on Pochettino’s radar as he looks to make signings before the transfer deadline in a week’s time.