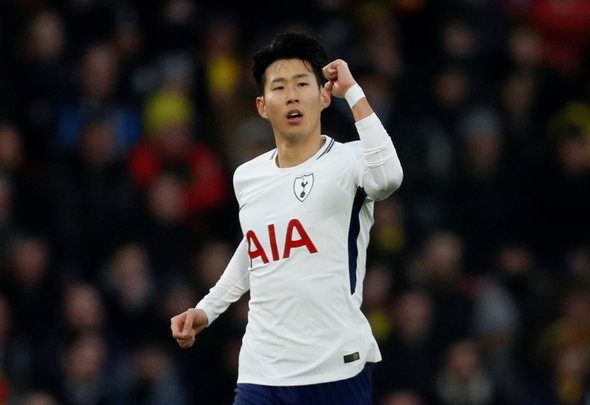 Tottenham fans have taken to social media to rave over news that Heung-min Son has been named among the starting XI for the club’s clash against Juventus on Wednesday night.

The Lilywhites confirmed the first team line up via their official Twitter account, revealing that manager Mauricio Pochettino had chosen to make just one change from the side which beat Huddersfield 2-0 over the weekend.

Serge Aurier, suspended for this clash after his yellow card during the first leg in Turin, was replaced by Kieran Trippier at right back, but it was the decision to name South Korean international Son, who netted both goals against the Terriers, among the starters which had fans celebrating.

They turned to Twitter to celebrate their delight, with many deeming the team the perfect line up.

Yessss Sonny boy, you've got this!

YES!!! 🙌🏼💪🏼 This is the exact lineup I wanted to see! Davies over Rose, Son over Lamela, and Dembele pairing with Dier! #COYS https://t.co/bDluHPo1Zz

I love this 11. Son will give us so much energy. Lamela and Lucas to come on from the bench. Wanyama if we want to close the match. It will be very hard but we can to it #COYS 💙 https://t.co/H3rVuwR79Q

Heung-Min Son deservedly keeps his place in the team ahead of Tottenham Hotspur’s biggest game of their season meanwhile Trippier comes in for the suspended Aurier.

Son on the break will put the fear of God into them! #COYS

Son has already made 41 appearances for Spurs across all competitions, being utilised in a variety of roles from his natural left wing to a centre forward, and has rewarded Pochettino for his loyalty with 15 goals and nine assists.

He appeared for just seven minutes in the first leg against Juve, by which point goals from Harry Kane and Christian Eriksen had rescued a draw for Tottenham after Gonzalo Higuain’s brace in the opening 10 minutes.

In other Tottenham news, Poch reveals details on ‘animated’ conversation with Rose in Tottenham Tuesday training