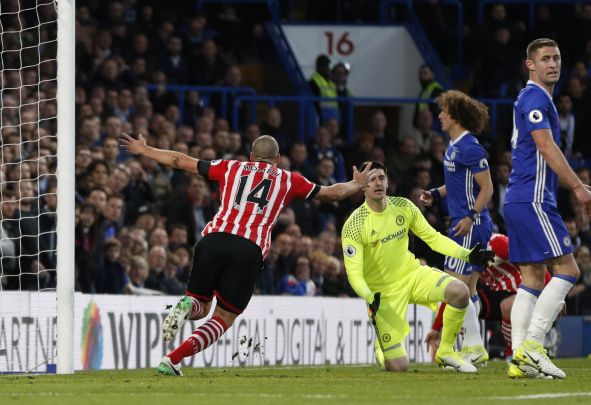 Tottenham fans have heaped praise on Oriol Romeu’s display for Southampton on Twitter after he scored against Chelsea at Stamford Bridge.

Romeu got his name on the score sheet on Tuesday evening, but goals from Eden Hazard, Gary Cahill and a brace from Diego Costa secured a 4-2 win for Chelsea in west London.

The Spaniard equalised in the 24th minute against league leaders Chelsea, after Hazard gave Chelsea the lead with only five minutes on the clock but Antonio Conte’s side took control.

Ryan Bertrand scored a 94th-minute consolation for Chelsea, as the Blues heaped the pressure onto Spurs by reopening the seven-point gap between the two sides.

Romeu, who used to play for Chelsea before signing for Southampton in the summer of 2015, took advantage of some slack Blues defending to tap home a Manolo Gabbiadini cross.

Spurs must now look to reduce the gap to four points against Crystal Palace on Wednesday night at Selhurst Park.

Tottenham fans reacted on Twitter to Romeu’s display, with some claiming they love the former Barcelona midfielder while some stated they would be happy to see him sign for Spurs.

Romeu been best player on the pitch

Spurs take on Crystal Palace on Wednesday night and will need a repeat of the reverse fixture against Palace that saw them triumph 1-0 at White Hart Lane against the Eagles back in August, as Victor Wanyama headed home.

In other Tottenham news, Rafael van der Vaart has delivered his verdict on the rivalry between Spurs and Arsenal ahead of Sunday’s north London clash.