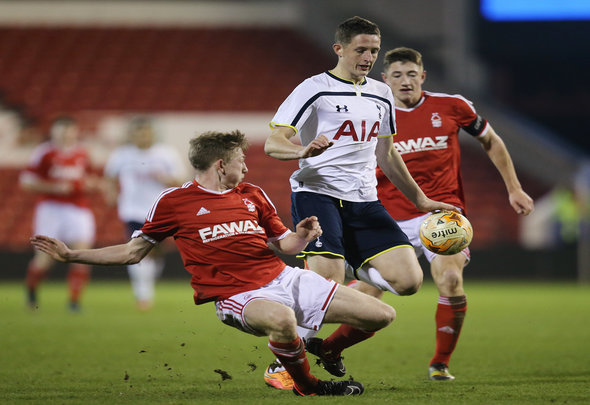 Tottenham striker Ryan Loft has joined up with Exeter City on trial ahead of a potential transfer exit from the north London club, according to a report.
News website Devon Live claim that the 20-year-old striker has travelled to the south coast club, who are currently sitting eighth in League Two, to take part in the club’s reserve clash against Brentford on Tuesday.
Standing at 6’3″, the giant striker is a graduate of Spurs’ youth ranks, but is yet to have made an appearance for the senior side, with 26 outings and four goals for the under-23s.
He already has experience of League Two, having spent time out on loan at Stevenage last season, although he failed to score a goal in his nine appearances during his temporary spell.
Football Insider verdict
Not every young talent will make it through to the senior side and it appears as though Loft’s time with Tottenham is coming to an end. While he might have impressed during his youth career, the 20-year-old has not shown the ability up front to warrant a future at the Premier League side, while he struggled in front of goal down in League Two. Exeter’s trial will give them a chance to see if they feel he has what it takes, and he may well have other opportunities lined up if a deal with the south west club fails to materialise. Still, he is young and has his best years ahead of him, so he should not be too down-heartened by his impending exit from Spurs.
In other Tottenham transfer news, the club have made a huge mistake in sanctioning the exit of a speed machine.