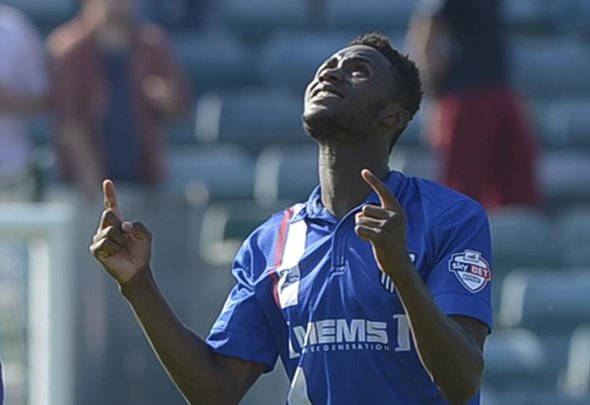 Former Tottenham star Emmanual Osadebe has slammed Mauricio Pochettino for not giving him a first-team chance at the club.

Osadebe, 19,  joined Gillingham from the Tottenham Hotspur Foundation College Programme in May 2015 and the two clubs will go head to head in the League Cup at White Hart Lane on Wednesday night.

The midfielder has settled in brilliantly with The Gills, winning the 2015-16 Gillingham Goal of the Season award for his solo effort against Bury and earning a call-up to the Republic of Ireland Under-21 squad.

The teenager felt he was not given enough opportunity to shine when he was at Tottenham after enrolling on a course backed by the club.

“They [Tottenham] had very good sessions and very good players,” Osadebe told Sky Sports. “I felt like I could have been part of them. Given more time I would have adapted but the manager saw different.

“To go back there I will be very very happy, I’m going to get the job done and I genuinely believe we can beat them, 100%.”

Gillingham have already beaten Premier League opposition in the EFL Cup this season, running out 2-1 winners against Watford in August.

Arsenal fan Osadebe will be hoping his side can do the same again and cause another upset in the tournament.

Pochettino’s side will be confident going into the clash, having made a strong start to their domestic campaign this term, collecting wins from Sunderland, Stoke and Crystal Palace.

The solid start leaves Tottenham third in the Premier League table with 11 points after five games.

Supporters will now be hoping the north London outfit can push on and secure some silverware this season.

In other Tottenham news, Etienne Capoue has scored four goals in his first five games of the new Premier League season – and Spurs fans are wondering on Twitter where this player was when at White Hart Lane.