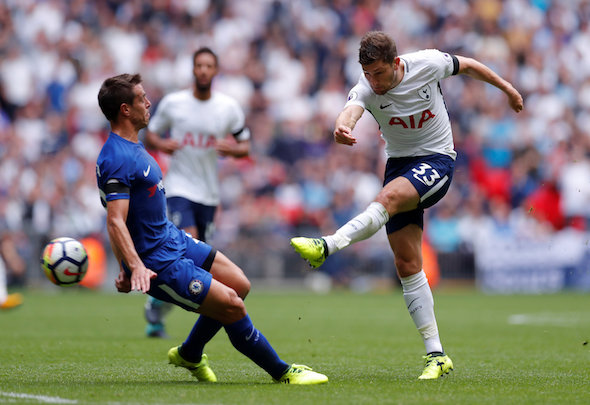 Tottenham have confirmed that Mousa Dembele and long-term absentee Danny Rose have travelled to Spain with the club ahead of their Champions League clash against Real Madrid.

The two sides, who both sit joint top of their group after wins over Borussia Dortmund and Apoel Nicosia, are set to go head-to-head at the Bernabeu on Tuesday as they look to secure supremacy.

Tottenham confirmed on their official Twitter account that both midfielder Dembele and left back Rose both made the journey with the rest of the squad, but also confirmed the major blow that Ben Davies is still ruled out through illness.

TEAM NEWS: Danny Rose and @mousadembele have both travelled to Madrid and will train with the team tonight. pic.twitter.com/dC42fgXtnX

Davies was a surprise exclusion from the starting XI against Bournemouth on Saturday, the club confirming that he was ruled out through illness, and it appears he still has not recovered.

Also out are Victor Wanyama, who has been injured since August, and Georges-Kevin N’Koudou, who suffered concussion after a clash with Asmir Begovic just minutes after joining the actions from the substitute’s bench against the Cherries.

Dembele, who has been ruled out of action with a persistent ankle injury for the last four matches, will be looking to fight with Harry Winks, Eric Dier and Moussa Sissoko for a place in the starting XI.

Rose meanwhile has been out of action since January, but with Davies ruled out he is the only other natural left back at the club, and as such may well be handed his first minutes this season against the Spanish giants.