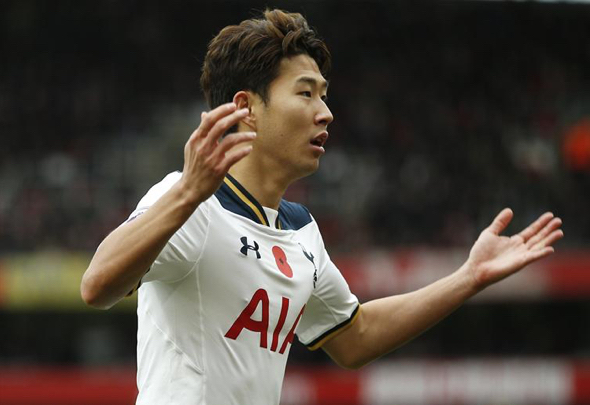 Son Heung-min has revealed that he is struggling with an ankle injury, picked up after he was named Premier League player of the month for September.

Son enjoyed his best run of form in a Tottenham shirt in September, scoring four goals in three Premier League games, and another in a Champions League match against CSKA Moscow.

Since then he he has failed to find the back of the night in seven games for Tottenham.

Speaking to reporters before training with South Korea on Tuesday, Son was quoted by Reuters as saying, “It’s true that I’ve struggled after winning the [Premier League] award because of an ankle injury.”

However, he went on to say that it’s not just him that is suffering, and that he knows he’s strong enough mentally to come back.

Son’s dip in form has led to Tottenham slipping after a strong start to the season, despite still boasting the only unbeaten record in the Premier League.

Spurs have drawn their last four league games, and drawn and lost to Bayer Leverkusen in their last two games in the Champions League.

In those six games they’ve only scored three goals and only one was in open play, with two penalties converted by Vincent Janssen and the returning Harry Kane.

In other Tottenham team news, Harry Kane has revealed what he needs to do to be world class.