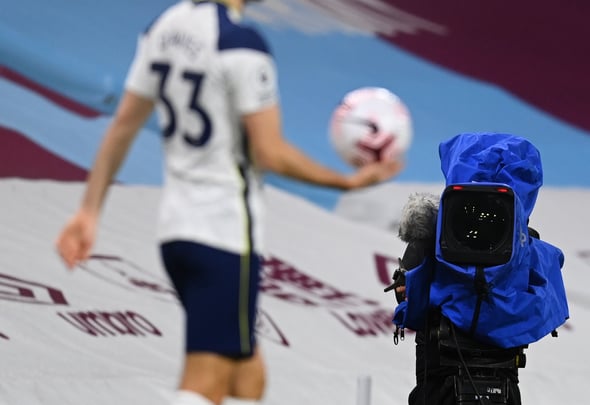 The Amazon Tottenham documentary has played a huge role in the growth of the club’s worldwide brand.

That is according to finance guru and new Football Insider columnist Kieran Maguire, speaking exclusively after Spurs announced a new partnership with digital ticketing giants Ticketmaster on Wednesday of last week.

Tottenham have been prolific in securing new commercial partnerships throughout the pandemic, with Cinch signing up as their new sleeve sponsor in January.

Football Insider also revealed last Tuesday that the club is on the hunt for a £25m-per-year naming rights agreement, with retail behemoths Amazon and Nike lined up.

Maguire explains how Spurs’ global profile is attractive to potential sponsors, citing the documentary as a key factor in the growth of the club’s worldwide brand.

He told Football Insider correspondent Adam Williams: “Spurs are commercially very, very smart. Tying up with an organisation with Ticketmaster, who are a global brand, you can see both parties piggybacking off each other.

“Ticketmaster has been impressed with the All or Nothing documentaries on Amazon, which has increased the Spurs profile globally.

“There are benefits to both sides with this one, and Spurs are just relentless in securing these sorts of commercial arrangements.”

Away from the commercial department, the picture is not quite as bright for Spurs fans.

The 2-1 defeat at the hands of rivals West Ham on Sunday leaves them in 9th place in the Premier League, nine points off the pace in the race for the top-four.

In other news, Tottenham have been handed a major boost in their attempt to sign RB Leipzig midfielder Marcel Sabitzer.