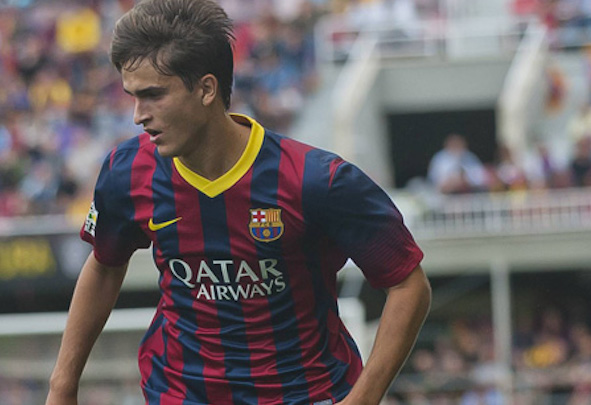 Tottenham have made an enquiry for former Barcelona attacker Denis Suarez, according to a report.

Spurs are one of a number of Premier League clubs who are interested in the winger, who is currently at Villarreal.

According to Spanish publication Marca, Arsenal and one of Suarez’ former clubs, Manchester City, have also expressed an interest in signing the 22-year-old this summer.

Suarez has had a fine season for Villarreal, who travel to Liverpool on Thursday for the second leg of their Europa League semi-final.

He has made 45 appearances in all competitions for the Spanish club, scoring five goals and supplying 13 assists.

Suarez, who has won seven caps for Spain Under-21s, plays predominantly as a left-winger but can figure in any of the three attacking positions behind the central striker.

He left his homeland as a 16-year-old to join Manchester City but returned in 2013 when he transferred to Barcelona.

A year later Suarez joined Sevilla on a season-long loan before making a permanent switch to Villarreal in the summer of 2015.

Marca report that Barcelona inserted a fixed price buy-back option into the deal of £2.4million.

The Spanish champions have insisted they will activate the buy-back clause at the end of this season and that Suarez will be returning to Camp Nou.

In other Tottenham transfer news, it has been reported that Bayern Munich have a “crush” on a 22-year-old Spurs ace.