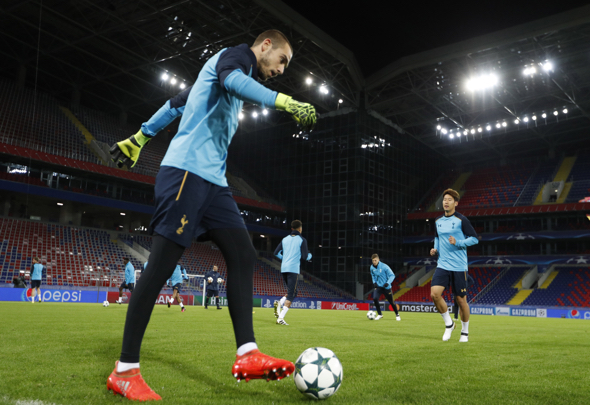 Tottenham have got more transfers right than wrong during the Mauricio Pochettino era.

But they have will come to regret missing out on re-signing Pau Lopez this summer after being badly wrongfooted.

It has emerged that the brilliant young Spanish goalkeeper has snubbed the chance of a Tottenham return to join Spanish club Real Betis.

Football London claim the shot-stopper, 23, will head to La Liga’s eighth-placed club after they won the battle for his signature ahead of Spurs, Napoli and Juventus.

This is a major blow for Tottenham, not only given Lopez’s immense talent but also given that he would have represented a bargain as his contract at current club Espanyol expires in the summer.

The Spanish goalkeeper spent last season on loan at White Hart Lane and made a sound impression behind the scenes despite not getting a first team look-in due to senior pair Hugo Lloris and Michel Vorm.

Tottenham had the option in the loan contract to convert it into a permanent transfer but, after much negotiating, a deal could not be agreed and Lopez returned to his parent club Espanyol.

It is a measure of his pedigree and immense promise that the 6ft 2 in youngster has spent the majority of the season as the number one, making 23 appearances, 22 of which have been in the league.

Lopez is a rising star with the potential to be an outstanding keeper. It is a trick missed by Tottenham if, as now seems inevitable, they lose out to Real Betis for his signature.

Sure, Lloris is the undisputed number one at Spurs, but Michel Vorm is out of contract in the summer and there are doubts over the calibre of Paulo Gazzaniga.

It would have been quite a coup if Tottenham were able to take advantage of Lopez’s contract situation and bring him to White Hart Lane this summer, where he can be gradually assimilated as the long-term successor to Lloris.

But they have been wrongfooted in the transfer market and will pay the price in more ways than one.