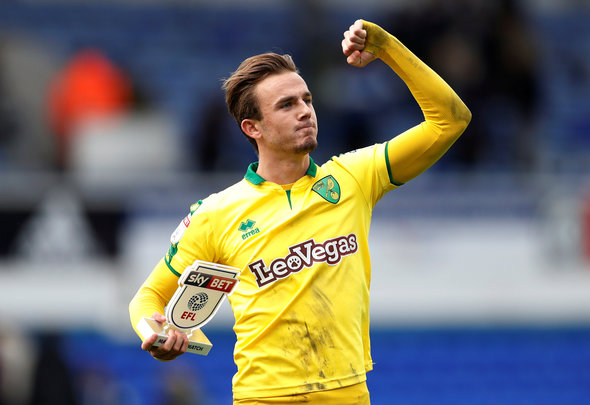 While many may herald the goal scoring exploits of Harry Kane as Tottenham’s biggest strength in attack, it is those featuring behind him who deserve the real credit.

The England striker would be nothing without the service coming his way which gives him the chance to smash the ball into the back of the net, and there is no doubt he thanks them every time he does grab another goal.

Whether it is Christian Eriksen, Dele Alli, Heung-min Son or another of Mauricio Pochettino’s men, the Lilywhites know that they have a potent attack which can tackle any defence in Europe.

So does it really need adding to?

Well Pochettino obviously thought that was the case in January when he brought Lucas Moura in from PSG, but his arrival filled a gaping hole in terms of a lack of wingers in the side.

The Sun claim Spurs are among a host of clubs chasing the 21-year-old midfield goal machine, with his 15 strikes and 11 assists this season drawing some huge attention his way.

While the Canaries might be reluctant to see their star man go, the Mirror has claimed that they have set a massive £30million price tag on his head, and that Liverpool and Manchester City are leading the charge.

Coupling that big money bombshell with the vast amount of options already at the club, there is no way Tottenham should be pursuing a move for the youngster, no matter how hotly rated he might be.

Prices in the transfer window have skyrocketed and considering Maddison’s lack of Premier League experience, the £30million fee is beyond what anyone should be paying – not that it stops the top flight giants.

Spurs can sit happily at home with their top class options – none of which cost £30million – and laugh as their rivals squabble over a man who has been a one-season wonder in the Championship.

In other Tottenham transfer news, the club have tabled an offer for a top flight flyer available for a bargain.