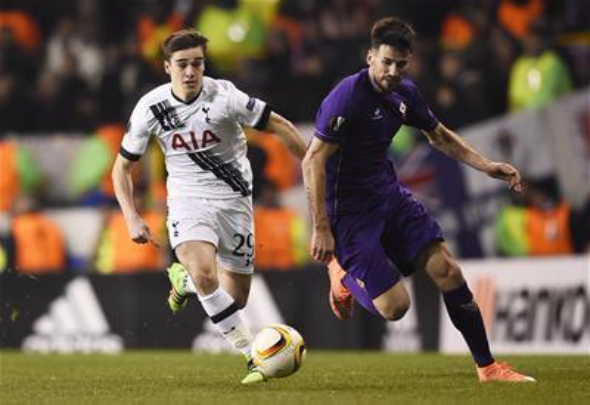 Tottenham turned down loan bids for 20-year-old Harry Winks from Championship trio Barnsley, Brighton and Reading this summer, according to a report.

Manager Mauricio Pochettino decided to block moves for the England under-20 international though, and the attacking midfielder last week signed a new contract that runs until 2021.

The Independent claimed that Pochettino had rejected bids after Spurs’ number 29 impressed during pre-season.

Winks may now be handed his first senior start as Spurs prepare to face Gillingham on Wednesday night in the fourth round of the EFL Cup.

The youngster has made four appearances for the first team after following in a long line of academy graduates to be promoted to the senior set-up by Pochettino.

The former Southampton and Espanyol boss has continued his unusual ethos of bringing through youth players, with the likes of Josh Onomah being used on a consistent basis by Pochettino.

Elsewhere, midfield duo Mousa Dembele and Eric Dier will be assessed for Wednesday’s match against Justin Edinburgh’s men after being substituted with cramp in their hamstrings.

Star striker Harry Kane will miss out though, after being stretchered off in the 1-0 win against Sunderland with a problem in his ankle ligaments.

In other Tottenham news, fans have reacted to the start this former player has made to his new season at Watford.