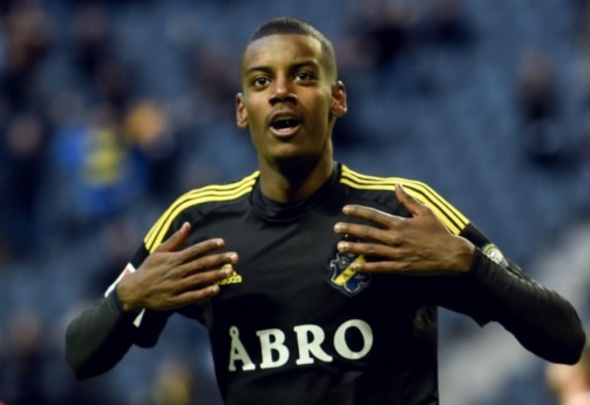 Tottenham rejected the chance to sign Euro sensations Ousmane Dembele and Alexander Isak for a fraction of their eventual fees, according to a reliable journalist.

Squawka correspondent Greg Stobart has taken to Twitter to give some insight into some of Spurs’ transfer activity following a recent overhaul of the club’s recruitment operation.

Head of recruitment Paul Mitchell has reportedly been placed on gardening leave while working his 18-month notice and the final responsibility for recruitment now lies with chief scout Steve Hitchen, who started his new role last month.

Stobart took to his personal Twitter account on Monday night to reveal that Spurs “turned down Dembele and Isak for [a] fraction of eventual fees”.

Asked by a follower for some more information, Stobart explained that the London giants could have signed winger and assists master Dembele for a bargain price of £1.5million 12 months before he joined Borussia Dortmund last summer for £12.6million.

Incredibly, Spurs expert Stobart revealed that Tottenham “dallied” and wanted the French winger, who is now 19, to link up with their Under-18s squad.

@TheSwedViking Eg have signed Dembele a year before his move to BVB for £1.5m but dallied and then wanted to put him in the U18s

Dembele has subsequently demonstrated that poor judgement with a series of eyecatching displays for Dortmund both in the Bundesliga and the Champions League.

The France international has scored seven goals and supplied a remarkable 15 assists in 33 matches in all competitions for Dortmund this season.

Striker Isak, 17, followed Dembele to the German big hitters in the January transfer window when he moved from Swedish club AIK Solna for around £8million amid interest from Europe’s biggest clubs.