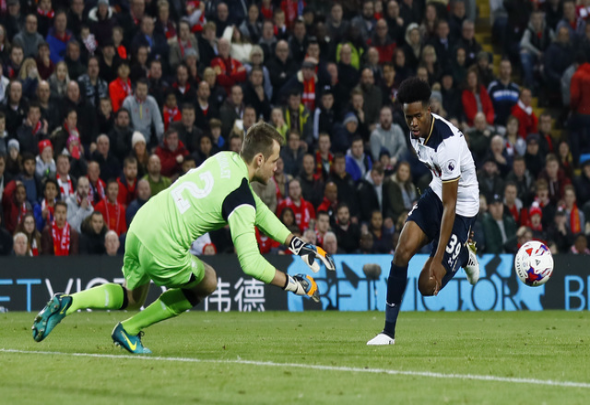 Tottenham starlet Shayon Harrison aired his delight on Twitter on Friday after he agreed to join League Two side Yeovil on loan until the end of the season.

The 19-year-old striker has made the move to the south west after agreeing a temporary move from north London.

He is considered a bright prospect at the club and made his senior debut back in October in the EFL Cup tie against Liverpool.

Now, Harrison will be keen to see more first team and shared on his personal Twitter account that he was looking forward to starting life with Yeovil.

Excited for the chapter ahead!👍🏽 Delighted to sign for Yeovil Town on loan until the end of the season. Can't wait to get started.😀⚽️ #YTFC

Yeovil are currently struggling in the English fourth tier, winning just one of their last seven league clashes in all competitions.

Their poor form has seen them sit all the way down in 16th place with eight points currently keeping them clear of the relegation zone.

Harrison will now be keen to impress in the south west and he could make his debut as early as Saturday against Blackpool.

The player’s contract with Tottenham is set to expire in 2018 and he will be eager to show he has what it takes to break into Mauricio Pochettino’s senior team.

In other Tottenham news, these Euro giants have have failed in a bid to sign this Spurs star.