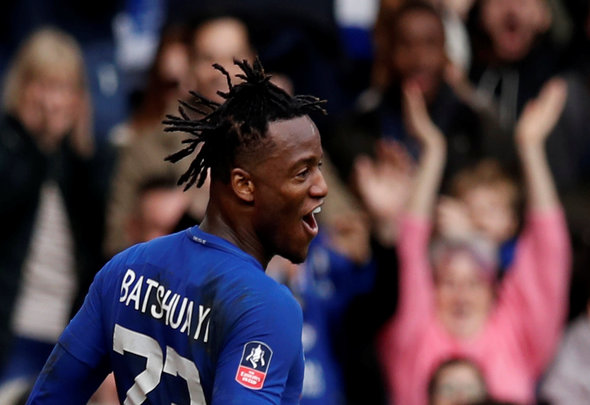 Tottenham have held talks with Chelsea over making a last-gasp swap deal involving Fernando Llorente and Michy Batshuayi, according to a reliable journalist.
BBC Sport reporter David Ornstein claimed on his personal Twitter account on Monday night that Chelsea and Borussia Dortmund had originally lined up a swoop for Arsenal’s Olivier Giroud.
It is understood that Dortmund then turned their attentions to Batshuayi, but the Premier League champions “baulked” at the fee for Giroud so instead so went into discussions with Tottenham over a stunning swap deal for Llorente and the Belgian international.
However those talks appear to have dissipated as no one agreed on the swap with just days to go before the January transfer window slams shut.

Merry-go-round: Giroud was lined up to replace Aubameyang at Dortmund then got offer from Chelsea & was keen, so Dortmund turned to Batshuayi. But Chelsea baulked at Giroud fee so discussed Batshuayi/Llorente swap with Spurs, which nobody agreed on. Deadlock #AFC #BVB #CFC THFC pic.twitter.com/HA6ymZ6IiN

Spurs were widely reported to have hijacked Chelsea’s efforts to sign Llorente in the summer when he moved to North London from Swansea.
However the Spanish target man has failed to settle down in Mauricio Pochettino’s squad and has just two goals in 23 appearances across all competitions.
Stamford Bridge centre-forward Batshuayi, who signed for £33million in 2016, has played second fiddle to Alvara Morata most of the season, but he has a much more impressive record of netting 12 goals in 26 appearances in both domestic and European competitions.
Football Insider verdict
If Tottenham have rejected that swap deal by Chelsea then it is one of the most bizarre decisions that Pochettino has made in his time at the club. Batshuayi is 24-years-old and has a long future ahead of him. Even though he is down the pecking order at Chelsea he has a much better record that Llorente, who at 32-years-of-age looks no better than Vincent Janssen. The ex-Swansea and Juventus forward is not a long-term solution and to be fair, he is not even a short-term one. He was woeful against Newport County at the weekend and is not half the play of Batshuayi. Due to this, it may be Chelsea that pulled the plug on the shock swap deal, although Antonio Conte was very keen on Llorente in the summer.
In other Tottenham news, Spurs have been tipped to sign this £110,000-a-week playmaker after a bid worth £35million was tabled.
We’ve launched a << BREAKING NEWS FEED>> exclusively for your club. ‘Like Us’ on Facebook by clicking here if you want 24/7 updates on all Tottenham breaking news.