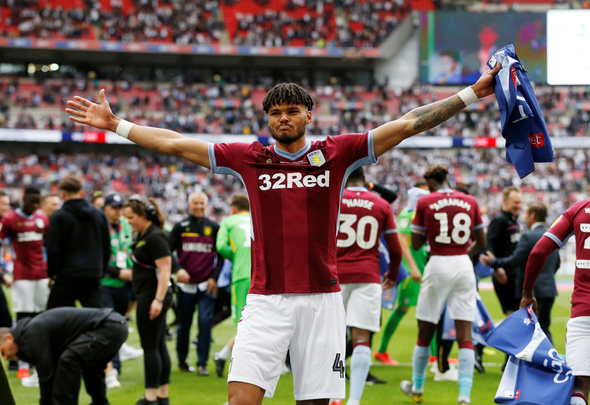 Noel Whelan has been left raving over Aston Villa’s Tyrone Mings after the defender earned a call-up to the England squad for the upcoming international break.

Speaking exclusively to Football Insider, the former Leeds United striker says that the 26-year-old has proven his worth at Villa Park after a torrid time with Bournemouth, having helped the Villans secure a return back to the Premier League.

Here it is: your #ThreeLions squad for the #EURO2020 qualifiers against Bulgaria and Kosovo!https://t.co/h7MScWmxEx

Whelan says that the Villa centre-back is well-deserving of a spot in the Three Lions’ squad ahead of games against Bulgaria and Kosovo and that Southgate should be applauded for recognising the defender’s quality despite a lack of Premier League action.

Asked what he thought of Mings’ call up, Whelan told Football Insider: “Tremendous. Thoroughly deserved. I’m really pleased for him because after having a bad spell at Bournemouth and not getting any game time through injuries, last season proved what a fantastic defender he is and how invaluable he is.

“He really deserves that and I’m glad that Gareth Southgate’s recognised his talent and what he did in the Championship last season and what he’s doing this year as well. The thing is, you can’t overlook quality.”

Mings has played just 20 times in the top flight of English football, his time at Bournemouth beset by injury problems.

However, he has been an ever-present in the Aston Villa side this season, playing every minute of the club’s opening three Premier League games.

In other Aston Villa news, Darren Bent has told Football Insider that he is very excited about one youngster he can’t wait to see more of at Villa Park.