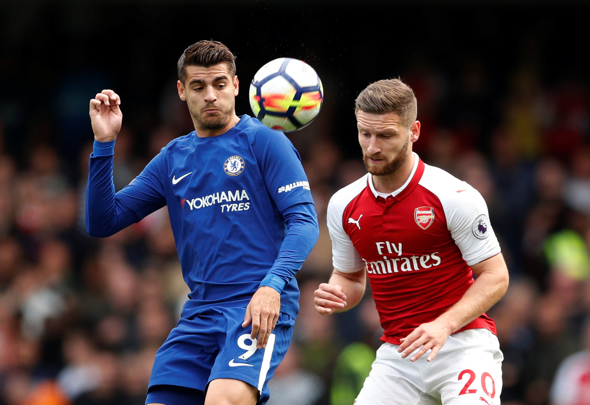 COMMENT
Newcastle United have been handed an excellent chance to get within touching distance of securing their first major trophy in 49 years thanks to Chelsea’s triple injury bombshell.
The Magpies travel to Stamford Bridge on Sunday looking to make it past the fourth round of the FA Cup for the first time in over a decade, with a quarter final appearance in the 2005-06 season the last notable cup run for the club.
A trip to the reigning Premier League champions is a tough task for Rafael Benitez’s men, but they have been handed a huge boost after Antonio Conte’s confirmation, via the club’s official Twitter account, of a handful of critical absences for the Blues.
Star striker Alvaro Morata, goalkeeper Thibaut Courtois and winger Willian are all set to sit out the clash in London, in what will have been music to Benitez’s ears.

Antonio Conte says Alvaro Morata and Thibaut Courtois are out of Sunday's game against Newcastle.

Willian will also miss Sunday's game but Conte doesn't think the Brazilian's injury is a serious one.

While the club’s priority might not be on securing any silverware, as has been the case for the entirety of Mike Ashley’s tenure on Tyneside, the Spanish manager will know just how much of a boost to morale a cup run could be both for the fans and for the players, which in turn could result in an improvement to their league displays.
If they were to be knocked out on Sunday then it would he half a century without any major trophies to their name, something which the Toon Army would find unacceptable considering the size of the club.
Chelsea could well be there for the taking, and it is up to the Magpies to lift their performance and secure a shock.
In other Newcastle United transfer news, Benitez has made a £50million transfer claim about an international hitman.