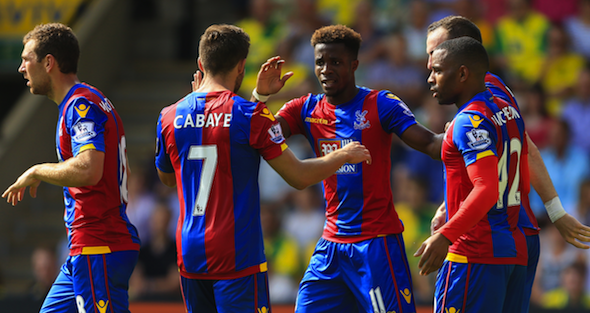 Sky Sports claimed on their transfer centre blog on Thursday (1.19pm) that the north London side are in negotiations with their London rivals over a deal for the winger.

A fee for the England international is being discussed of around £15million, which is the same fee Manchester United paid Crystal Palace back in 2013.

The likelihood is growing that Zaha could become Spurs’ fifth summer signing, as the club are also in advanced talks to sign goalkeeper Pau Lopez and winger Georges-Kevin N’Koudou.

Tottenham fans are shocked at the move, with many believing the deal could be desperate one with six days remaining in the transfer window.

Zaha?? I'm trusting you on this one Poch! #Zaha #THFC

#thfc interest in Zaha a bit surprising. Wouldn't have thought he is a Poch type player. Seems a round peg in a round hole at #cpfc

Zaha stinks of desperation to me. Plenty of others out there with better potential. Hopefully this is a fall back option #thfc #coys

Of all the players spurs were going to be linked with, Zaha was definitely not one of them! Didn't see that coming! #THFC

Zaha! Did not see that coming!!! #COYS #THFC

#thfc interest in Zaha a bit surprising. Wouldn't have thought he is a Poch type player. Seems a round peg in a round hole at #cpfc

Southampton agree few for Boufal? And we are after Zaha? 🤔 #THFC #COYS #Saints

The Londoners have signed midfielder Victor Wanyama and striker Vincent Jansson so far this summer.

Spanish newspaper Sport claim Lopez will undergo a Spurs medical on Saturday and Sky Sports revealed on their Twitter account last weekend that Tottenham have also agreed a deal with Marseille for winger Georges-Kevin N’Koudou, although that has not been officially announced.

Zaha has played the full 90 minutes in each of Palace’s opening two matches of the Premier League season, including last Saturday’s 1-0 defeat against Spurs at White Hart Lane.

In other Tottenham transfer news, fans react as this midfielder has completed a deal with Spurs.