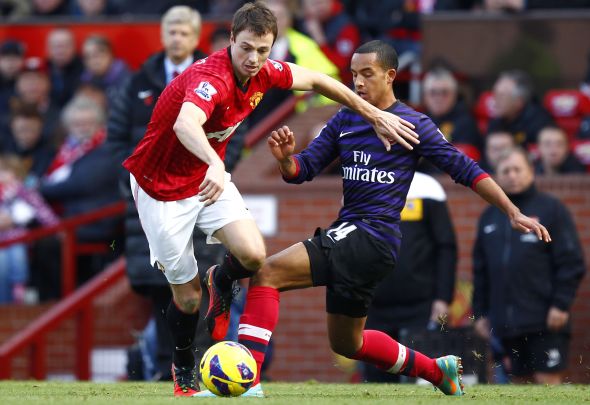 The Daily Mail claims that Tony Pulis has slapped the mega price-tag on the 28-year-old defender, who joined for just £6million last summer.

It is believed that the north London side see the former Manchester United defender as an alternative if they fail to sign Valencia’s World Cup winning centre-back Shkodran Mustafi.

Arsene Wenger is in the market for a centre-back, after captain Per Mertersacker and Brazilian defender Gabriel both suffered long-term injuries.

Fans cannot believe that the Baggies quoted £25million for the Northern Ireland international who was surplus to requirements at Manchester United just 12 months ago.

Many are lamenting Wenger’s transfer policy as they believe that Arsenal wouldn’t have been quoted such a figure, had they declared their interest earlier in the window.

So Arsenal are quoted £25m for Jonny Evans? If Wenger needed evidence that getting deals done early was cost effective, there it is 😳 #AFC

Evans has three years left on on a four-year deal he signed at the Hawthorns last summer. He possesses a wealth of Premier League experience after making 178 appearances in England’s top flight for Manchester United, Sunderland and his current side.

In other Arsenal transfer news, this Ligue 1 defender could also be on Wenger’s centre-back shortlist.